The first sitting of the new parliament of Northern Ireland was held in early 1921 at Belfast City Hall, with King George V officially opening proceedings on 22 June 1921. You can read more about the day in our ‘Planting a Parliament’ online exhibition.  One of the objects on display in our companion exhibition in the gallery is this set of jugs.  Likely made in made Staffordshire to celebrate King George V and Queen Mary’s coronation on 22 June 1911.  The opening of the N.I. parliament occurred on the tenth anniversary of this coronation. 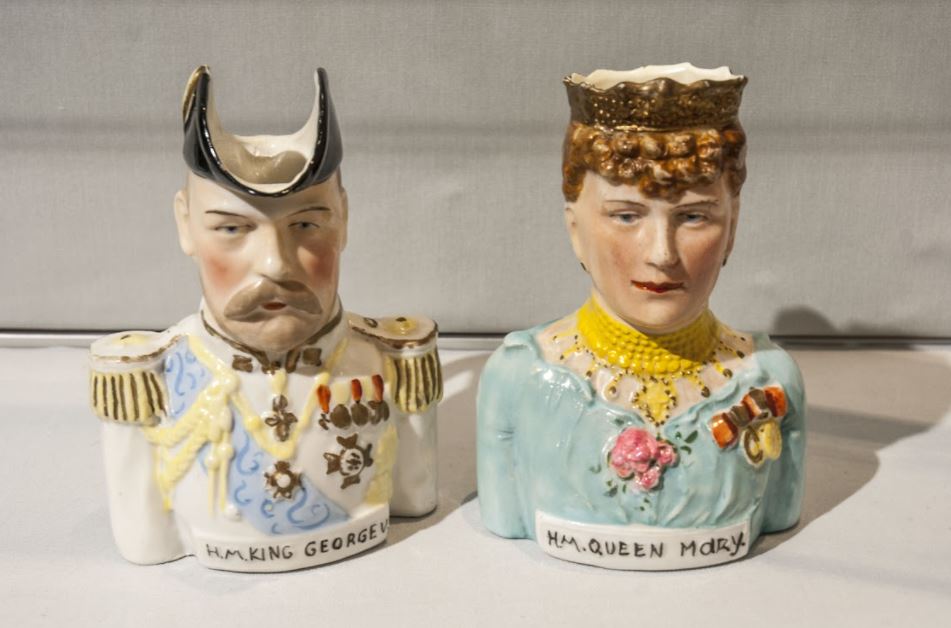