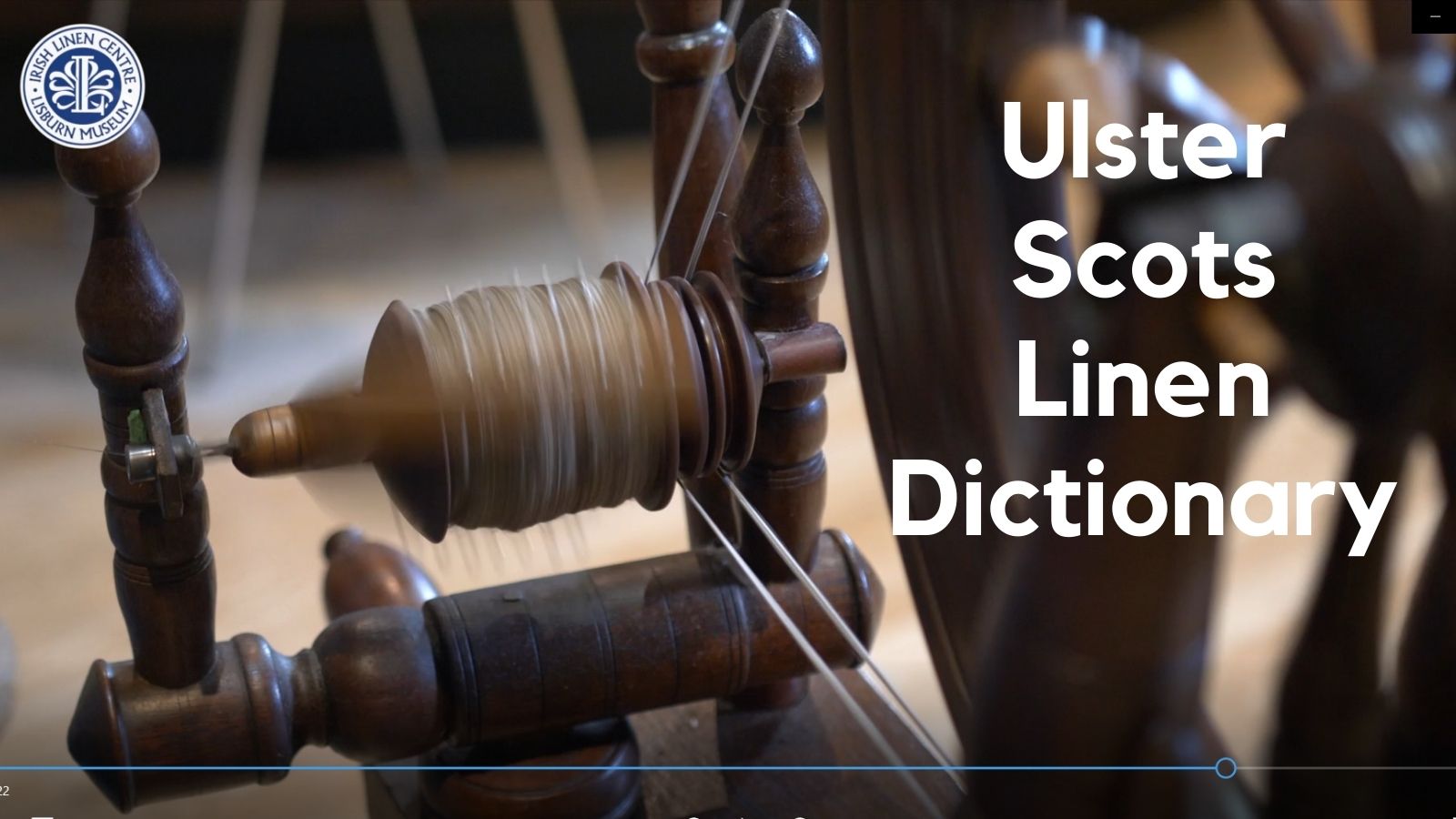 As Scottish immigrants moved into Ulster throughout the 17th century, they brought ‘distinctive’ Scots speech, spelling, vocabulary and grammar. Over 400 years later, the rich heritage of this marriage is known as Ulster Scots.   The language has gone through a series of revivals, notably in the 19th and 20th centuries.

Poetry and literature is perhaps the most significant legacy of Ulster Scots.  For example, John Hewitt’s 1974 Rhyming Weavers and other country poets of Antrim and Down, identified a body of unique, vernacular style of poetry native to Ulster, and in particular the east of the province.  As Hewitt notes, from their poems ‘we may learn a great deal about rural society and its structure’.  These poets are the Rhyming Weavers, even if weaving was only a sideline, and the name they adopted reflects the fact that the linen industry was a staple of economic life in Ulster.

To reflect the close relationship between the linen industry, life in 18th and 19th-century Ulster, and the Ulster Scots tradition, the Museum has drawn together a dictionary of Ullan-linen terms. This list is not exhaustive, and if you would like to contribute please email ilc.reception@lisburncastlereagh.gov.uk

In Column one we have the Ulster-Scots term, its meaning in column two and the source in column three.  A full bibliography can be found below.

Video: the rhythm of the loom, our master weavers at work in the Museum’s Weaving Workshop

John Hewitt, Rhyming Weavers and other country poets of Antrim and Down (1974)

William Patterson, A Glossary of Words and Phrases used in Antrim and Down, (1880)