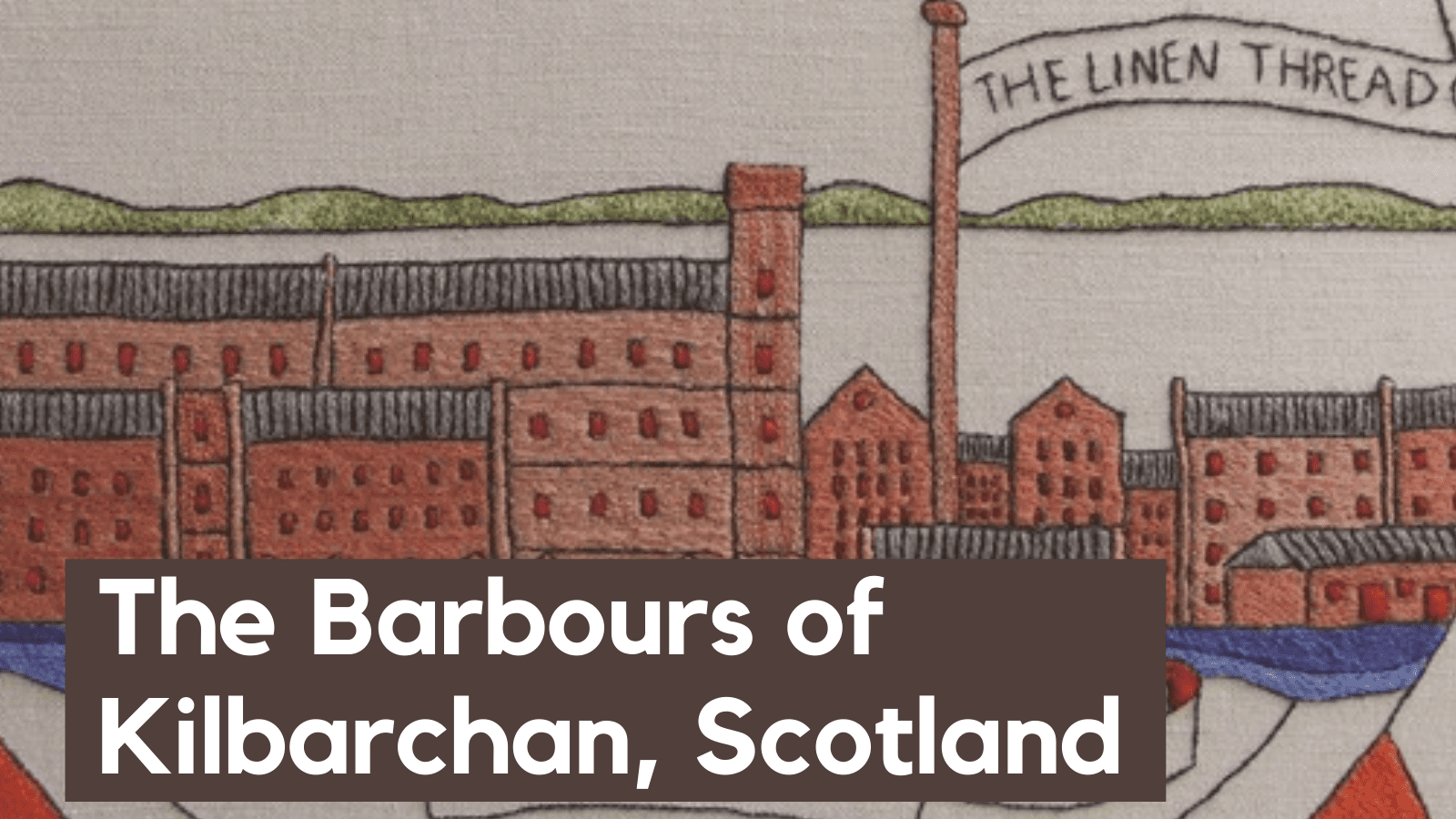 The Barbours of Kilbarchan: Lisburn’s linen Family and their Ulster-Scots Links

November 23-25 2020 marks Ulster-Scots week, an annual initiative from the Ulster-Scots Agency to promote awareness and appreciation of the Ulster-Scots language or dialect. Lisburn is famous for its links to the linen industry, and for the manufacture of linen thread which was pioneered by the Barbour family, an Ulster-Scots linen dynasty.

John Barbour (d1794) of Kilbarchan, a village in west lowland Scotland, was a merchant and manufacturer, who traded in Scotland and Ireland. Two of his concerns include Barbour & Duncan, and Barbour & Howie, both muslin and linen-thread manufacturers.

In 1783 John Barbour’s eldest son, also John Barbour (1765-1823), moved to Ireland and began manufacturing linen thread at the Plantation, Lisburn, in 1784. After his death his second son, William (1797-1875) took over and transferred the business to the site of an old bleach green at Hilden, on the banks of the Lagan. Driven by a huge water-wheel, thread was spun, bleached and dyed, and by 1837 over 300 people were employed at Hilden.

It was not long before the company’s success enabled it to open other factories overseas, notably in the United States, notably under the patronage and industry of Thomas Barbour (1832-1885). William Barbour’s grandson, Robert, would later build a mansion in New Jersey named Kilbarchan, in honour of his Scots root.

In 1898 William Barbour & Sons, chaired by John Dougherty Barbour (1824-1901) was renamed the Linen Thread Co., the largest producer of linen thread in the world.
Hilden Mill finally closed its doors in 2006.

The attached embroidered panel is from the Scottish Diaspora Tapestry, ‘A project to involve communities around the world in celebration of Scottish heritage and culture, the people and places which connect Scotland to its global diaspora.’ The panel was embroidered by Doreen Scotland, with input from Lisburn Museum. 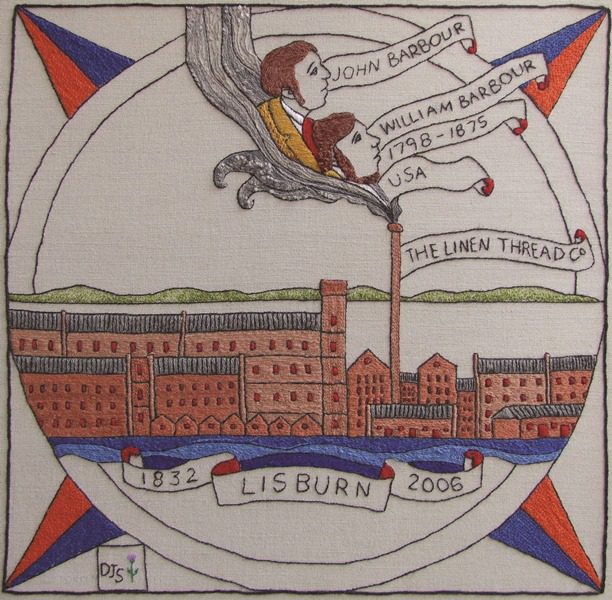 From the Museum’s Collection: 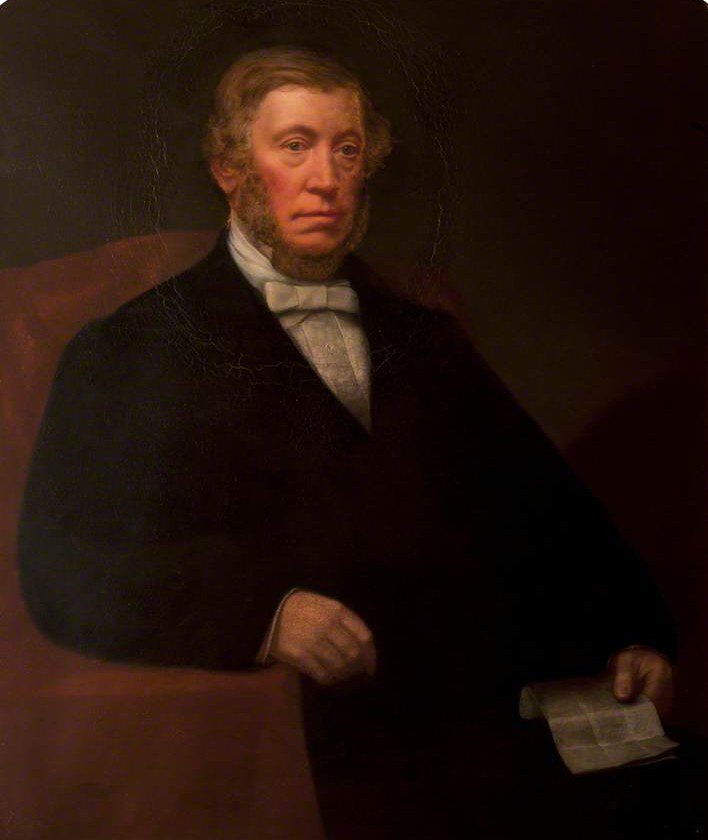 Currently hanging in our 40 years Exhibition 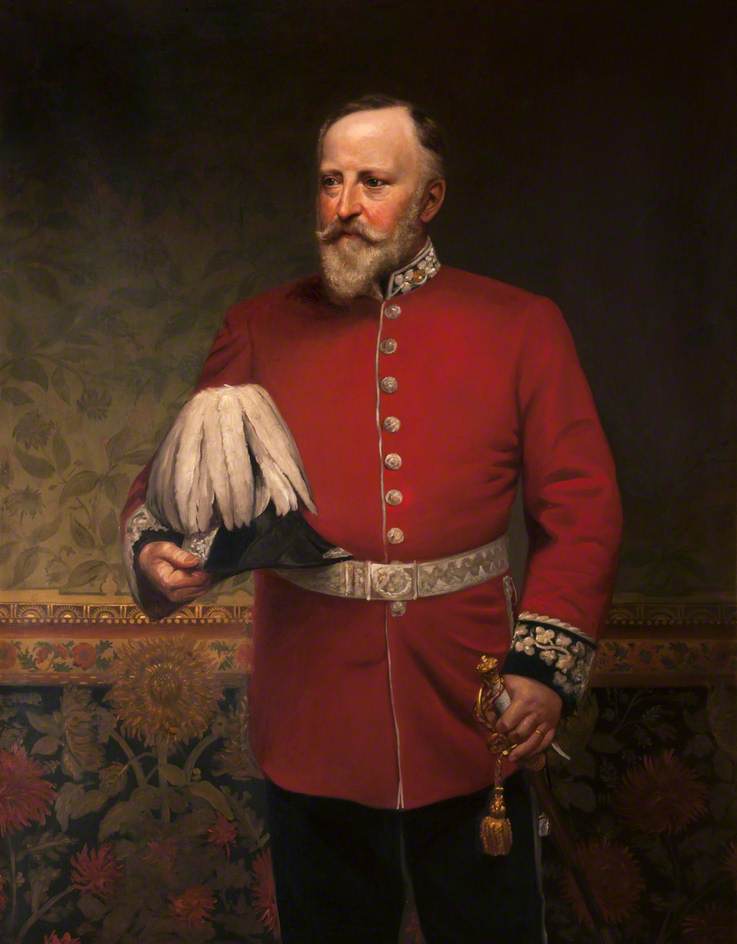