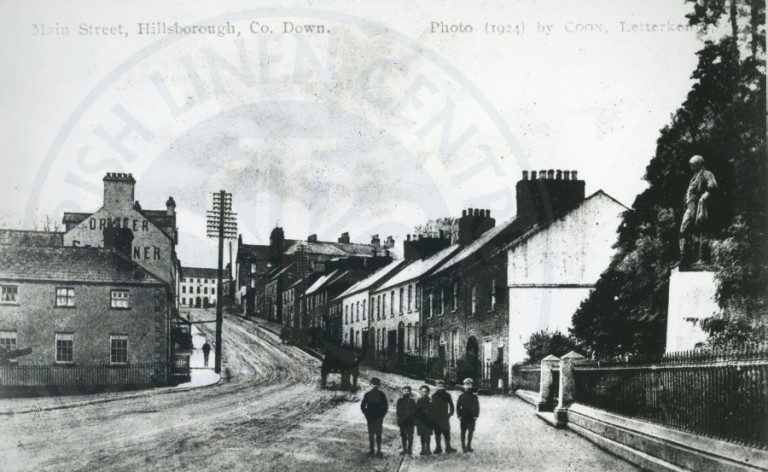 Do you recognise this view?  This 1924-postcard from the Alan Coon photography studio.  As the Dictionary of Ulster Biography notes:

Alan Daniel Coon (1867-1938) was born in Buffalo, New York and was Attorney-at-Law in the United States. In 1902 he came to Ulster and opened a photographic studio in Derry where he produced posters and many picture postcards. He opened photographic businesses in Letterkenny, County Donegal and Moira, County Down. He owned cinemas in Letterkenny, Buncrana and Killybegs, County Donegal and one in Belfast. He travelled around in a caravan which contained a photographic studio and a dark room. He also gave cinematographic shows. He died in Moira and is buried there.