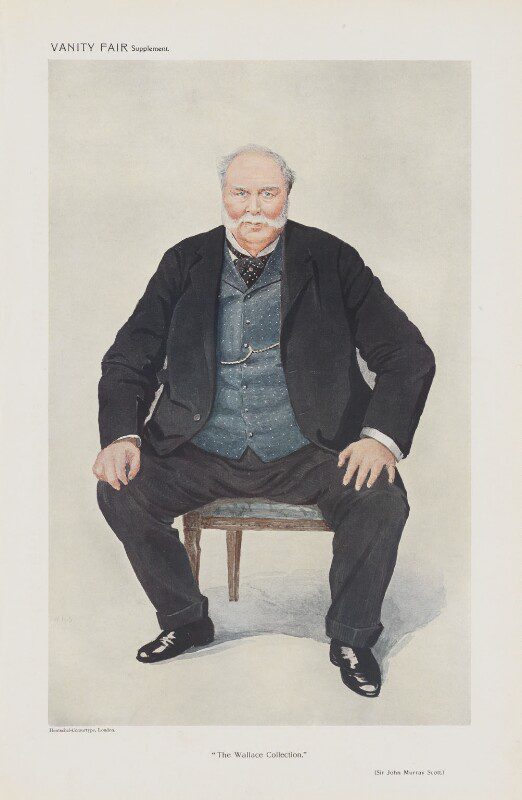 John Murray Scott was an advisor and secretary to Sir Richard and Lady Wallace. Following the death of Lady Wallace in 1897 he inherited her vast wealth and art collection, with the exception of the works of art on the ground and first floors of Hertford House, which were left to the nation and eventually established as the Wallace Collection. As owner of, what was formerly the Hertford Estate, he sold off much of the assets. He did make a number of gifts to the town, including Castle Gardens in 1899. It was given to the ‘inhabitants of the town and borough’ as a ‘public park and recreation ground’.