How did Hillhall get its name?

The townland of Hillhall derives its name from a house and defensive bawn, likely built in c.1637 by Peter Hill (Hill Hall, i.e. Hill’s Hall!). Parts of the ruins remain at the site, just off today’s Hillhall Road.

Peter Hill was the son of Sir Moses Hill who purchased huge tracts of land in Castlereagh in the early 17th century from Con O’Neill. 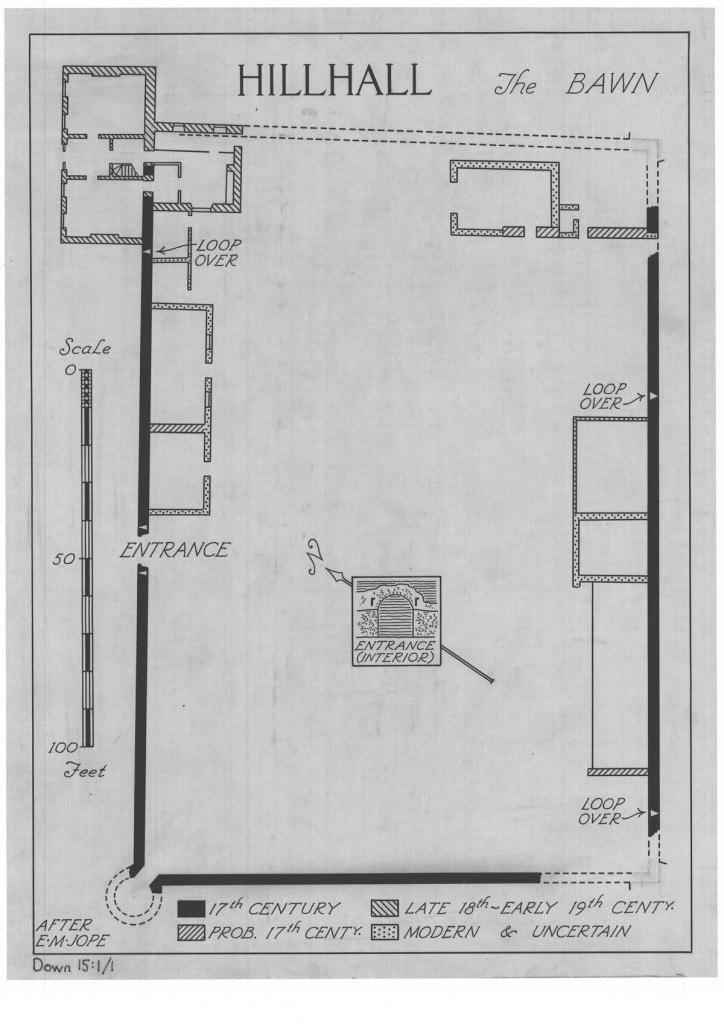