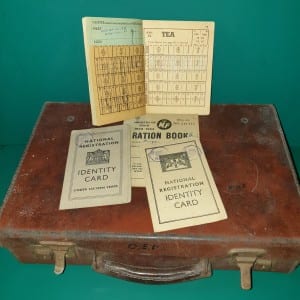 World War II is not just a topic on the Primary School Curriculum, but also a way for us to connect with our family members who came before us.

At Lisburn Museum World War II workshops are broken down into three themes.  One theme is RATIONING.

Did you know that in Northern Ireland rationing began in 1941 and didn’t fully end until 1954, with meat being the final food de-rationed?

Unlike England, Northern Ireland didn’t face many food shortages, but rationing was still important to ensure that there was enough to eat for everyone.

In Éire, or the Republic of Ireland as it is known today, there was NO rationing during this time, and people who lived near the border would sometimes smuggle food across!  Tea, butter and sugar were two of the most popular items on the black market.

If you lived in a time of rationing what food do you think you would miss the most?

You can can investigate some of the RATIONING theme from Lisburn Museum’s World War II workshop by downloading our FREE taster booklet here.

Download it, print it, try it and send your challenge drawing to: ilc.reception@lisburncastlereagh.gov.uk 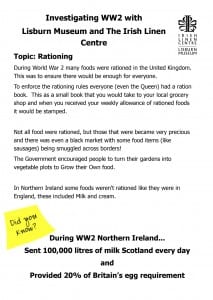 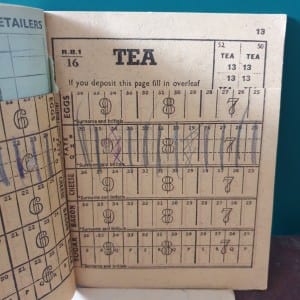 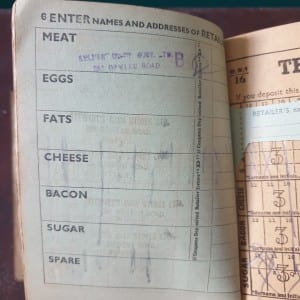