What is a motte and bailey? Let’s look at Duneight, outside Lisburn.. 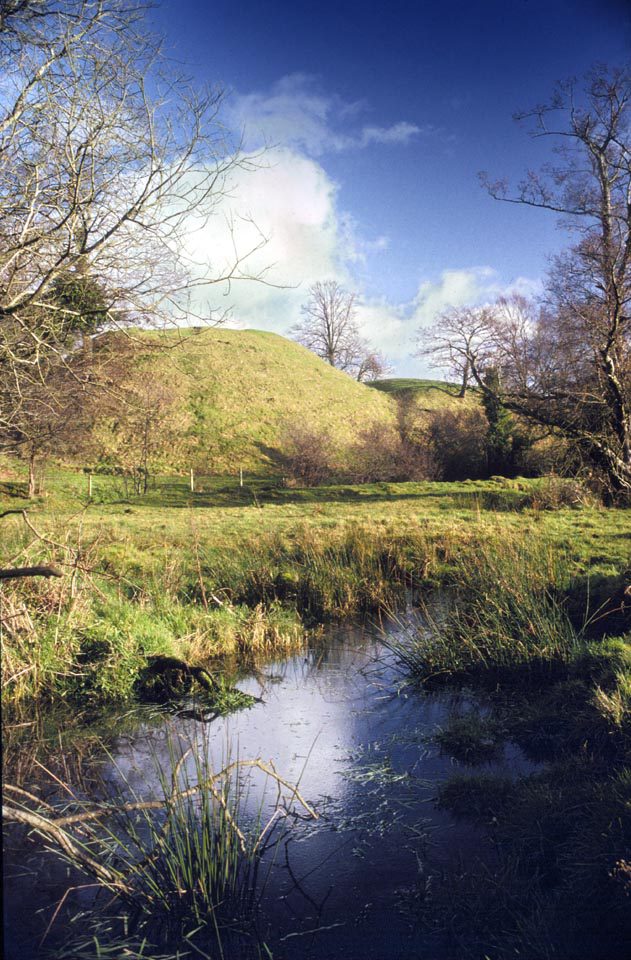 Situated on the Ravarnet River, this rath was later re-purposed during the 12th-century Anglo-Norman period as a motte and bailey.

A motte and bailey is a type of castle situated on a raised earthwork and surrounded by a ditch and protective fence.

The name Duneight is likely derived from Dún Eachdach, meaning the fortress of Eochaidh son of Fiachnae.  This reflects the fact that the site sits on top of an earlier Irish fort (the rath).

Duneight lies between the baronies of Iveagh and Castlereagh, and may have been an important territorial crossing point.