Members of Lisburn Loyalist Association parading over the Union Bridge, 1921


The Truce, signed in early July 1921 by the IRA and the British Forces in Ireland, brought peace to the south but was largely ignored in the north.

Negotiations to bring a lasting settlement to Ireland were held between Sinn Féin and the British Government throughout autumn 1921. The leadership of the Lisburn Loyalist Association – one of several loyalist groups established during this period – sent a clear message to Northern Ireland prime minister Sir James Craig during the talks: ‘Stand firm!’. There was anxiety that the North would be coerced into an independent Ireland.

On 6 December 1921 the parties signed the Treaty, which was later ratified. Under the terms of the agreement, the 26 counties were to be known as the Irish Free State, with dominion status within the British Empire.  Northern Ireland’s status would remain unchanged; it exercised its right to opt-out of the Treaty in December 1922, the same month the agreement came into effect.  As part of the Treaty, a Boundary Commission was established to consider any potential changes to the border.

By 1922, Unionists now had a Home Rule parliament they had never asked for, while the settlement in the south failed to give the Republic many had fought for.  The issue would divide Sinn Féin and the IRA, and lead to the civil war. 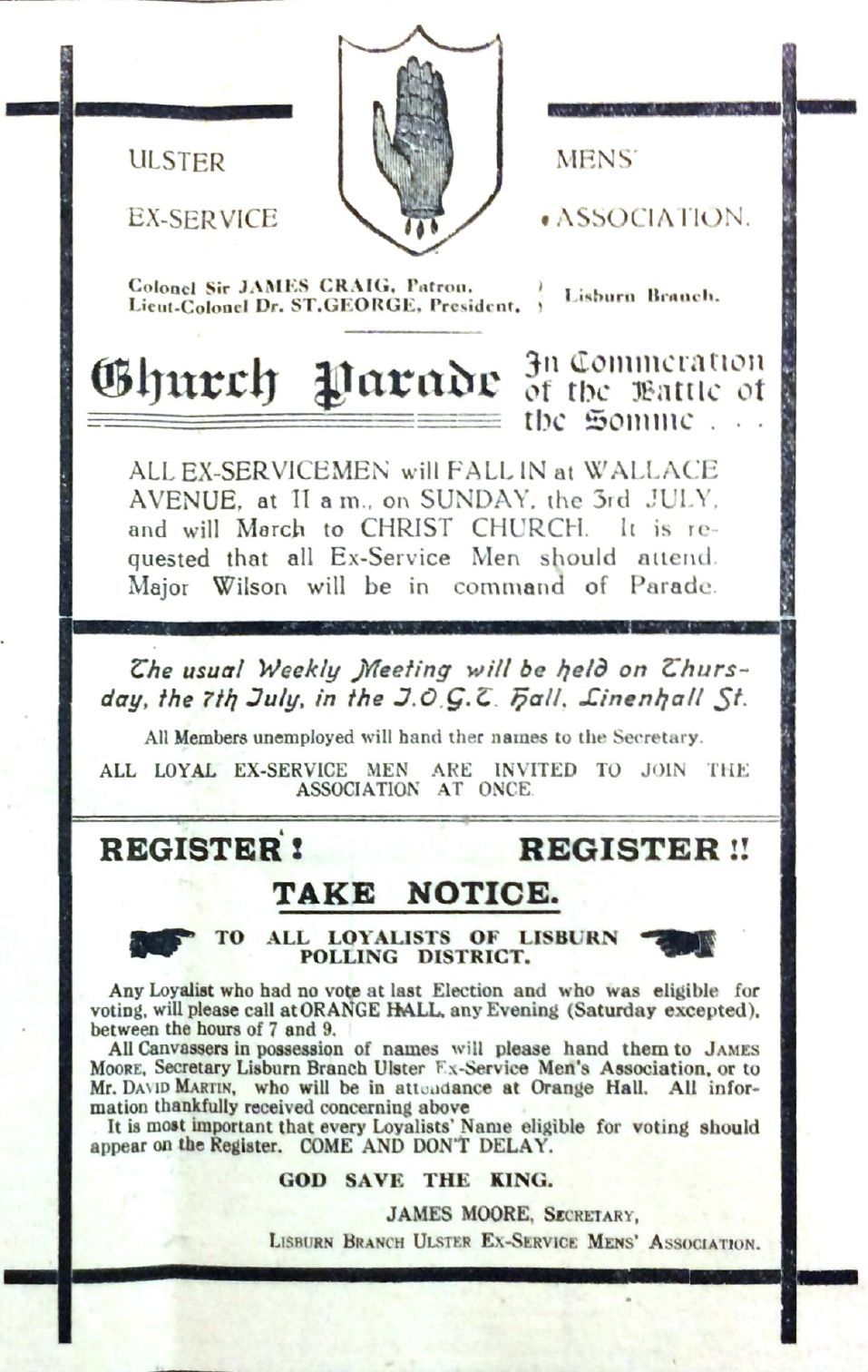 The Lisburn Loyalist Association appears to have grown out of, or been an off-shoot of, the Lisburn branch of the Ulster Ex-Servicemen’s Association.  Originally open to former soldiers, the Association later enrolled ‘every loyal protestant’ in Lisburn given the’unsettled and dangerous times’ in the north.  The battalion was headed by Major Wilson, who was also the local commander for the ‘B’ Special Constabulary in South Antrim, and secretary James Moore.   The Association paraded through the town in the latter half of 1921. 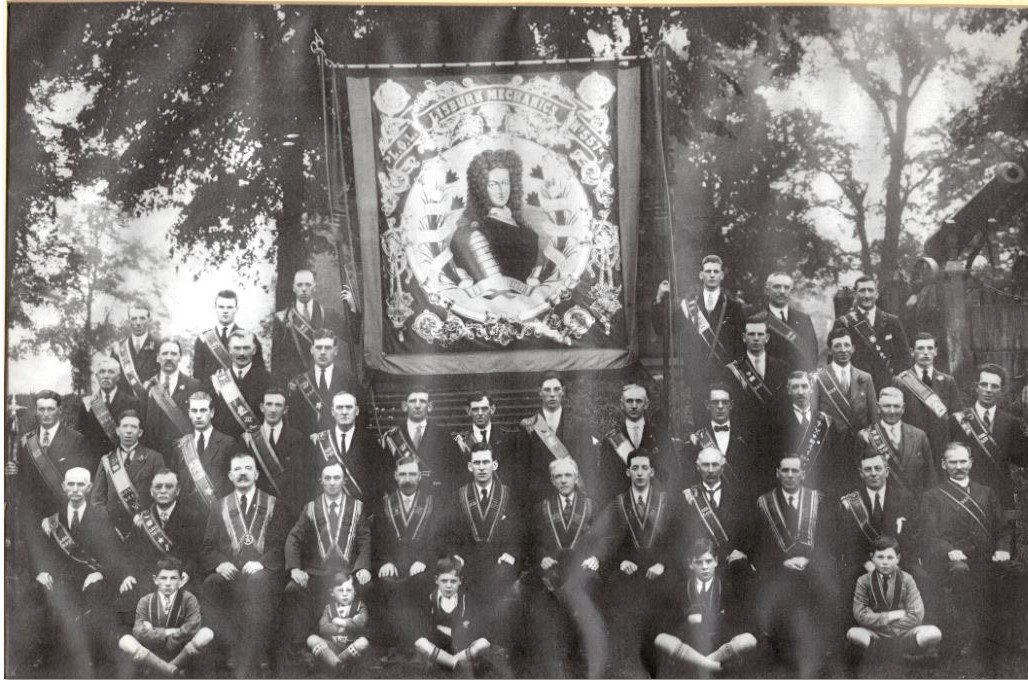 In July 1921 Miss Mary Barbour, daughter of M.P. for Antrim John Milne Barbour, unveiled a new banner for Lisburn Mechanics LOL 557, Railway Street (photographed in 1932, above).  In the same month, at the same hall in Lisburn, Sir James Craig and his daughter unveiled a new banner for Tullynacross LOL 170, with the prime minister remarking that ‘they could rest assured that he would never let the loyalists of Ulster down in any way‘. 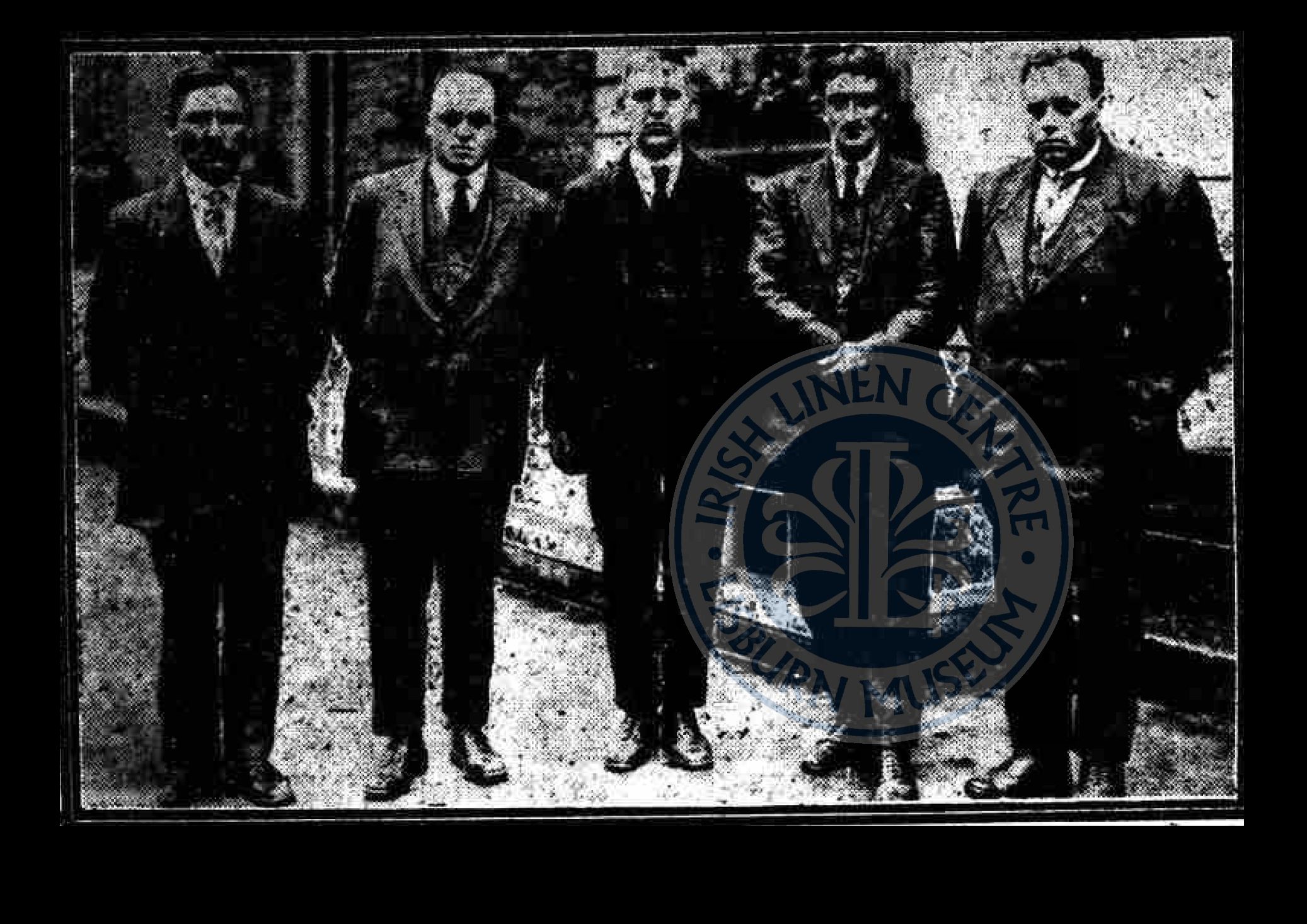 In October 1921 a deputation representing County Antrim spoke to Dáil Éireann, Dublin, protesting partition.  The Antrim-men argued that British Forces should leave Ireland and let Ulster Catholics and protestants live in Peace. Éamon de Valera, president, welcomed their protest, and argued that Ireland ‘was a natural unit and any attempt to depart from the whole nation…led to absurdities’. Lisburn councillor William Shaw (first, left), who had been badly beaten during the Swanzy Riots, represented the town. He was joined by Antrim’s Patrick Downing (second, left) and Louis Walsh (third, left), Frank McCorry, Ballycastle, and Arthur McAllister (far right), Cushendun. 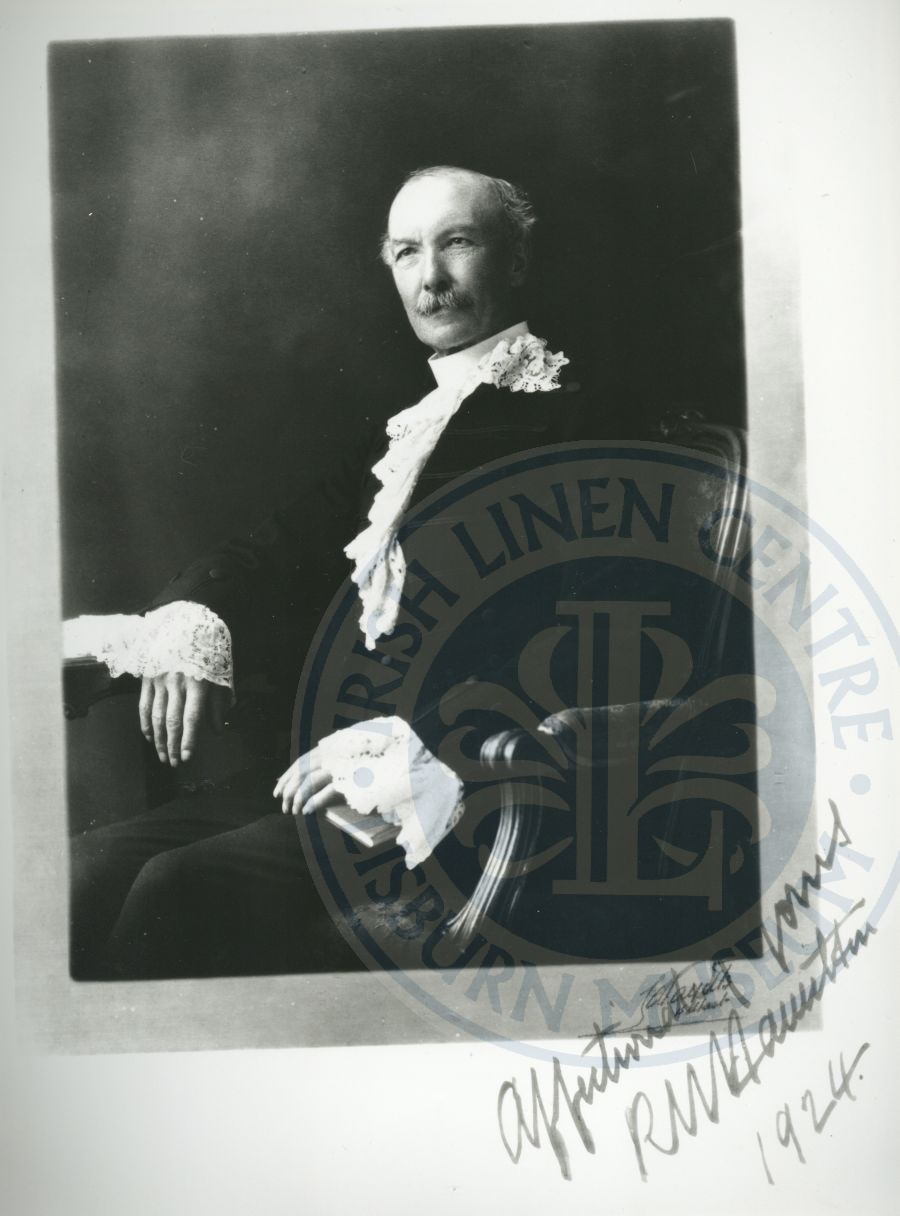 ‘the speaker was an Irishman to the backbone…he looked at the country through spectacles and saw not only six counties but the whole of Ireland…he never liked partition, and hoped that the day would come when there would no partition in Ireland.. and would glad to see the day come when they could all work together without any friction about boundary questions and commerce and boycotts. He was an unrepentant Liberal and thought that if they had got Mr. Gladstone’s Home Rule Bill long ago, they might have saved many troubles and would not have had to give away so much as they had had to give…’