Lisburn, Barbour and the May elections. 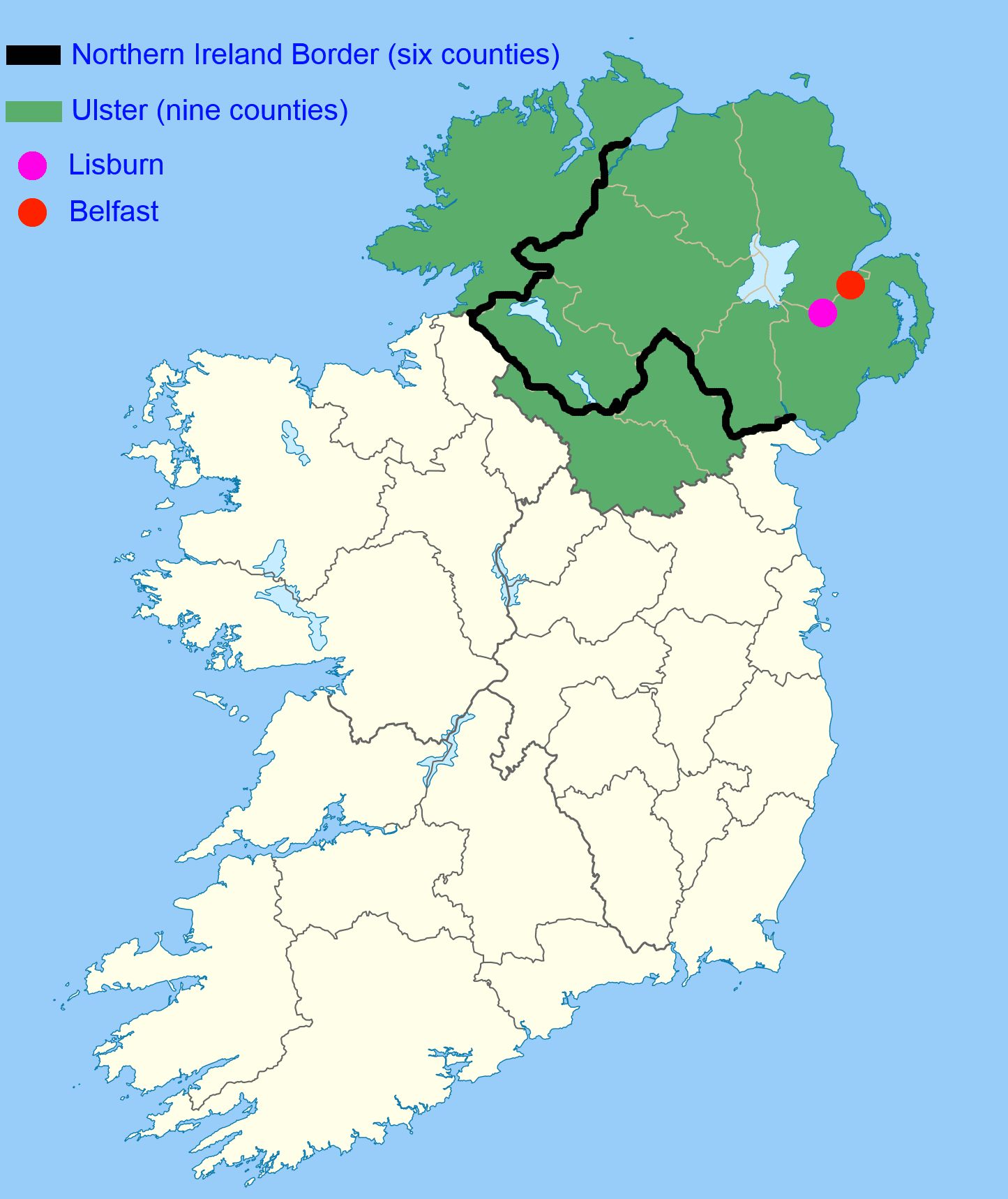 With the foundation of Northern Ireland, the nine-county province of Ulster was divided.  Cavan, Monaghan and Donegal joined, what would become, the Irish Free State. The six north-eastern counties – Antrim, Armagh, Down, Fermanagh, Tyrone and Londonderry – formed the new Northern Ireland.  These were the counties that had the largest unionist and protestant majority. In February 1920, just as the Fourth Home Rule was due it first reading, the cabinet was told that an Ulster parliament with a sizeable nationalist population would make the area ungovernable.

In the north, the provisions of the Government of Ireland Act came into effect in May 1921. Northern Ireland was born.

Elections to the new parliament were held on 24 May 1921, or Empire Day, an annual celebration of the British Empire and its achievements; the symbolism was not lost on unionists.   ‘Vote for Ulster and the Empire, or Sinn Féin and disruption’, was the stark choice offered up by the Lisburn Standard.

In the weeks before the polls opened, the unionist candidates travelled throughout the county, campaigning.  At one rally in Lisburn, the streets were thronged and bedecked with flags as Sir James Craig, who also stood for election in County Down, inspected ex-servicemen in Market Square before delivering a rousing speech at Lisburn Orange Hall.  The future prime minister also spoke at Hillsborough, Drumbeg and Tullynacross.

To accommodate the election, Lisburn’s historic market – held since the 17th century – was moved and several of the town’s National Schools were used as polling centres.  Local ‘B-Specials’ guarded the polling centres, providing ‘reassurance’ to voters.

When the votes were counted, unionists had swept the board, winning 40 out of 52 seats.   John Milne Barbour and the five other unionists took seats in County Antrim, with nationalist Joe Devlin winning the seventh. He would abstain from attending the new northern parliament.

While Nationalists had campaigned on a united anti-partition ticket, Unionists had treated the election as a referendum on the very existence of a northern parliament.

The result copper-fastened the principle of partition as a solution to the ‘Irish question’ in Westminster. 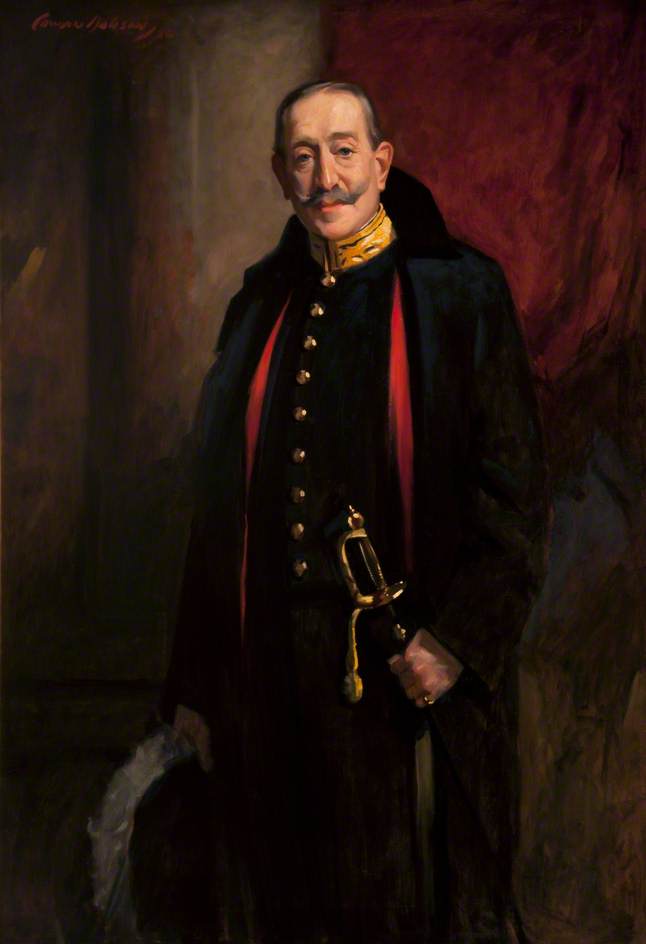 Following his election win, John Milne Barbour sat as unionist MP for Antrim (1921–29) and Antrim South (1929–51). He later became Minister of Finance and Minister of Commerce, although he was seen as economically conservative and uninspiring.  As well as chair of the Linen Thread Co., the world’s largest linen thread conglomerate 1904-47, Barbour sat on a range of boards and committees. He was created a baronet in 1943. 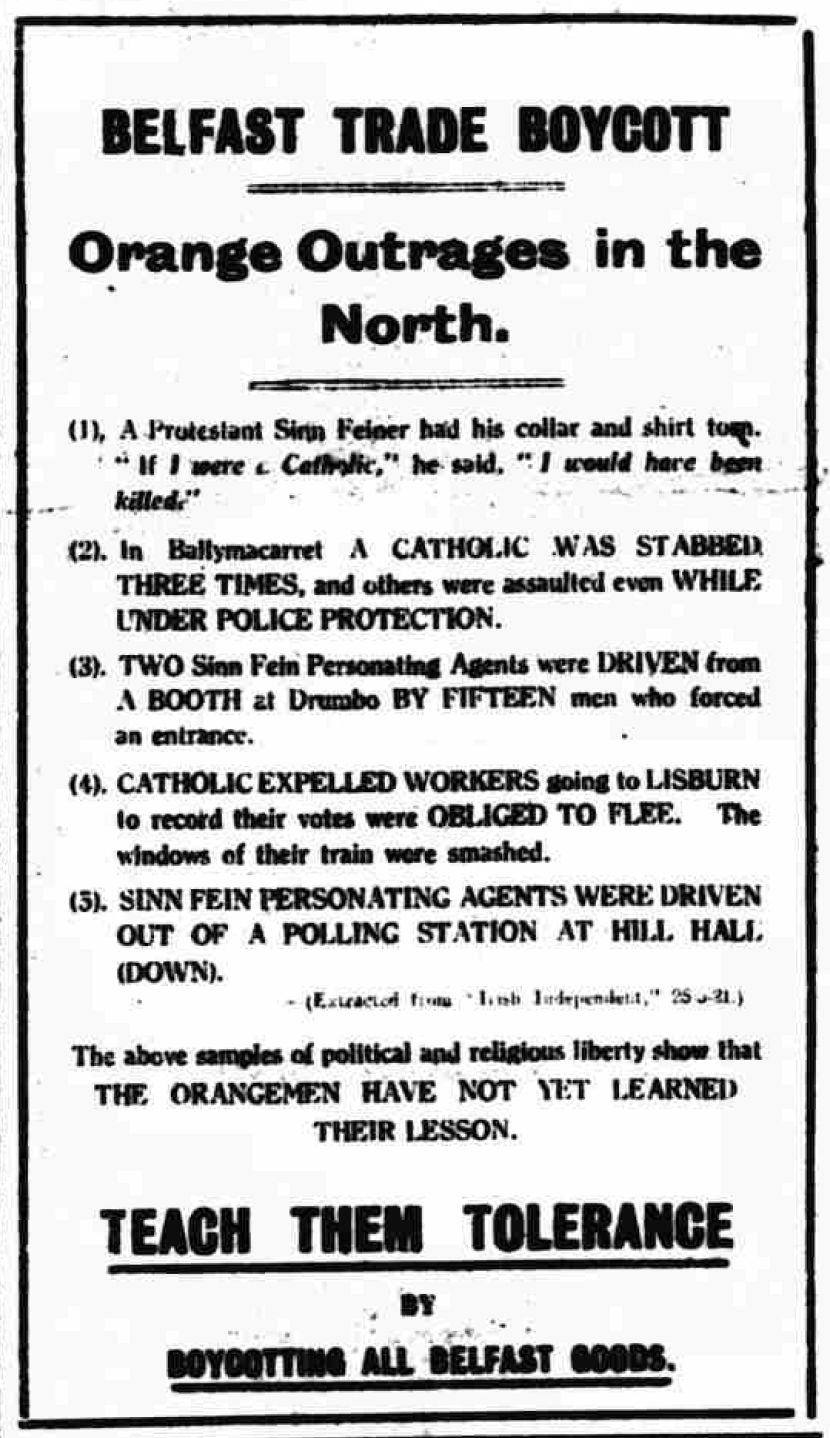 Orange Outrages in the North, Freeman’s Journal, May 1921

In protest at partition and attacks on Catholics, a boycott against Belfast good and services in the south was introduced.  During the May elections, uncorroborated reports of election intimidation appeared in the nationalist Freeman’s Journal. 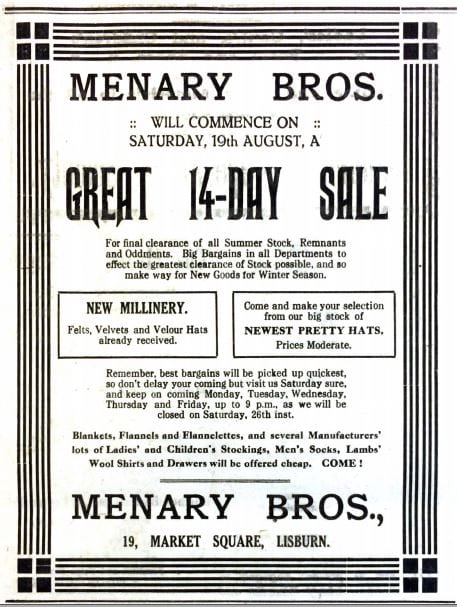 Menary’s, Market Square, in Lisburn, was one of the firms affected by the boycott (click to view a list).

“I was born a subject of Queen Victoria with all the rights and privileges of a citizen of the United Kingdom and a proud feeling of membership of the British Empire and still retain that great heritage undiminished… the term partition should apply rather to the South of Ireland, which had severed herself from the United Kingdom, Ulster remained where she was participator for weal or woe with England, Scotland and Wales.”