5 – The Government of Ireland Act in the south 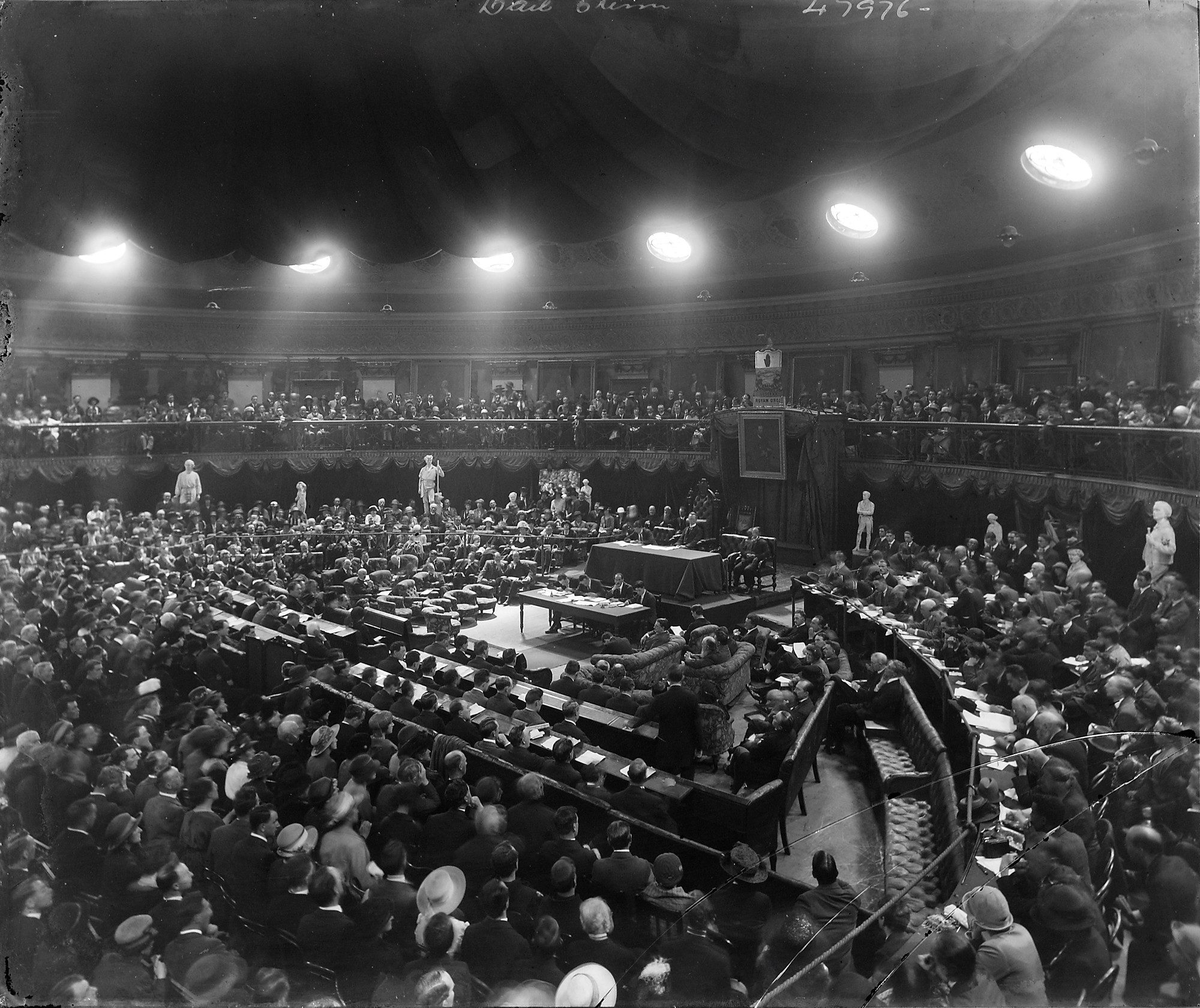 Although the Government of Ireland Act established two Home Rule parliaments on the island, provisions in the south were largely ignored.

However, in May 1921 an election was held to both parliaments. In the south, Sinn Féin won 124 of 128 seats and, meeting independently, convened the Second Dáil in the Mansion House, Dublin, in August 1921.  Ernest Blythe, from Magheragall, Lisburn, represented Monaghan.

The Southern Parliament, provided for by the Government of Ireland Act, met briefly on 28 June 1921.  Only four unionist MPs – representing Trinity College Dublin – attended, and the meeting was adjourned. It would not sit again.

After his election as T.D. for Monaghan North, Lisburn-born Blythe brought a unique ‘northern protestant perspective’ to the Dáil. He opposed partition, but understood that the north could not be forced to join the south, either through violence, or economic boycotts.