3 – The War of Independence comes to Ulster

Violence, policing and the war in the north. 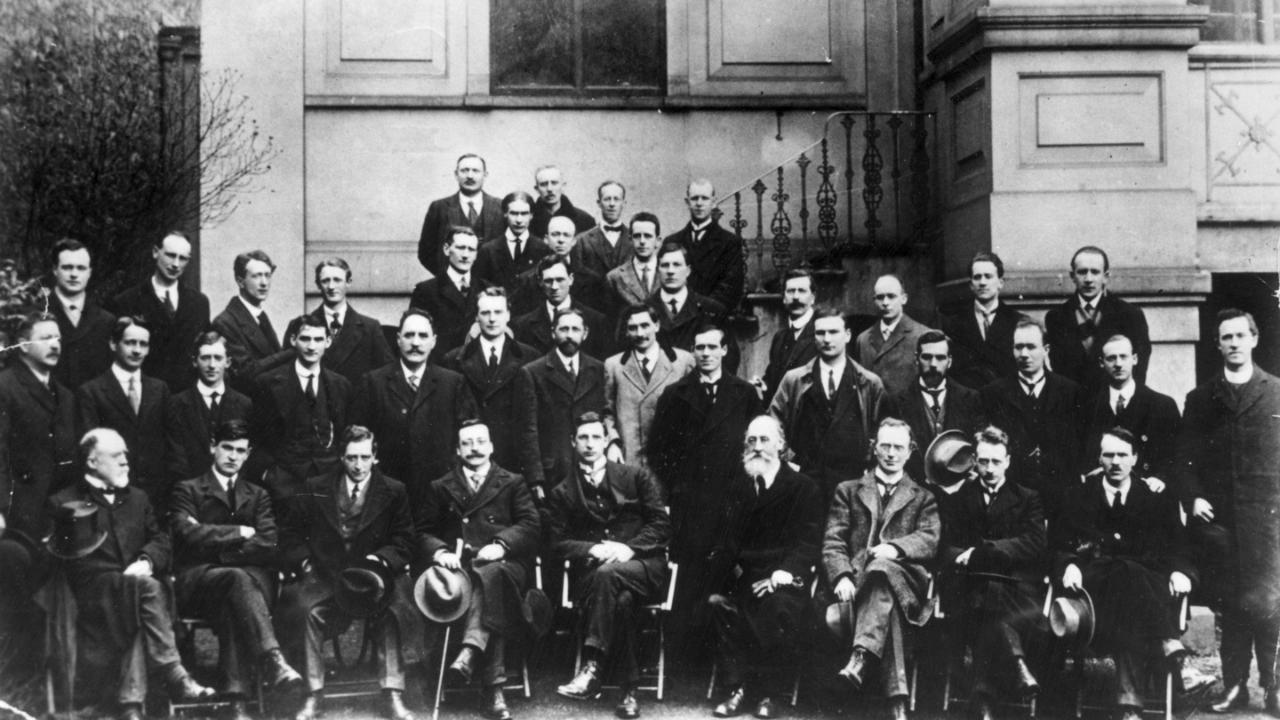 Dáil Éireann consisted of democratically elected MPs, who refused to sit at Westminster. They established their own, independent, Irish assembly, and met at the Mansion House, Dublin.

While the Dáil – outlawed by Dublin Castle, the seat of the British Government in Ireland – worked to establish the apparatus of an Irish republic, the War of Independence was fought between the Irish Volunteers, or Irish Republican Army (I.R.A.), and the British State.

The ranks of the flagging Royal Irish Constabulary (R.I.C.) were bolstered in early 1920 with almost 10,000 ex-soldiers, the ‘Black and Tans’, followed by a special counter-insurgency force, the Auxiliary Division. They did little to calm tensions and were increasingly caught up in a dirty, tit-for-tat conflict with the I.R.A., characterised by guerrilla warfare, terror, reprisals and extra-judicial killings.

The increasing violence of the War of Independence in the south was matched by rising tensions in the north. Disturbances spread across Ulster in the summer of 1920 – from Derry to Banbridge, Dromore to Belfast – and Sir Edward Carson threatened to call out the Ulster Volunteers to protect northern protestants, who felt increasingly threatened.  Northern nationalists were fearful of the rising tide of violence, and their future as a minority in the new state. 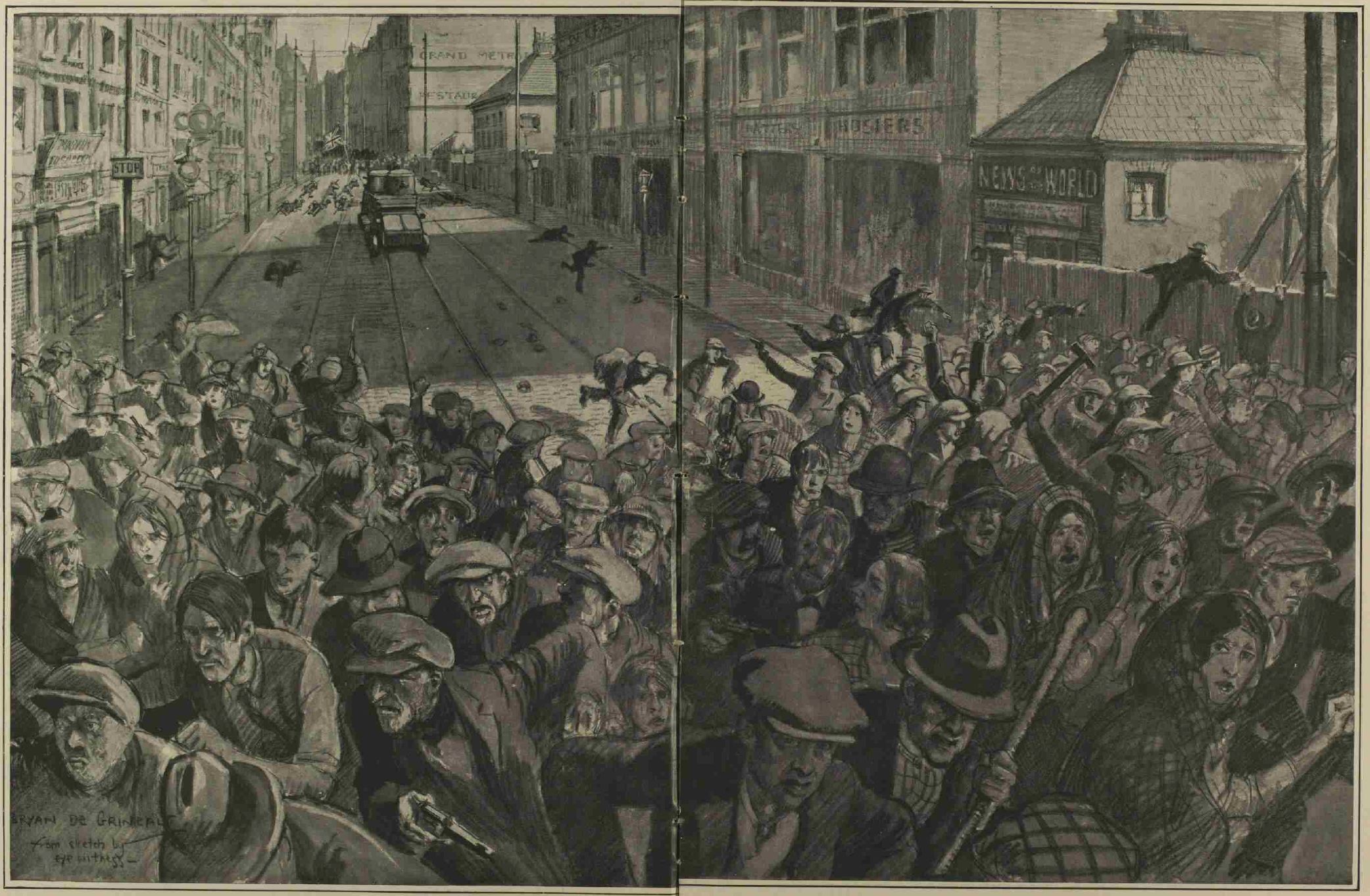 This eyewitness sketch depicts a running gun battle between loyalists, nationalists and the police in York Street, Belfast. Reportedly, loyalist shipworkers were attacked in revenge for the expulsion of Catholics from the shipyards in July 1920. 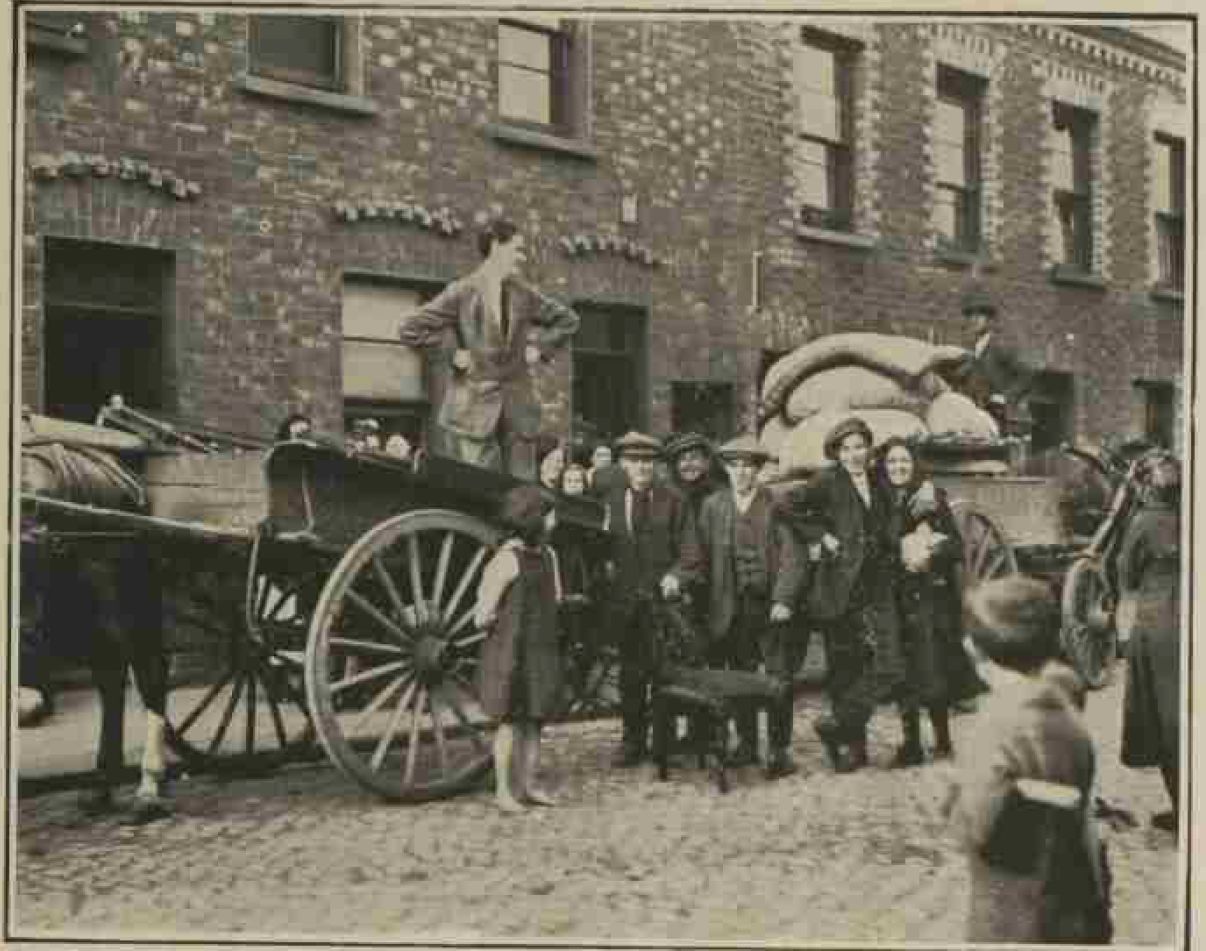 The violence forced many to flee their homes and move to ‘safe’ segregated areas. Author Alan Parkinson recounts the story of girl who ‘was sitting in the front room of her house, round the corner from us on Grosvenor Street, when a sniper’s bullet hit her in the spine’.

The centre of Cork was burnt by the R.I.C. Auxiliary Cadets in December 1920, in retaliation for an I.R.A ambush. Thousands of civilians lost the jobs, businesses or homes.

In August 1920 the I.R.A assassination of R.I.C. District Inspector Oswald Ross Swanzy in Lisburn led to days of rioting. Hundreds of the town’s Catholics were forced to flee. D.I. Swanzy had been implicated in the murder of Tomás MacCurtain, Lord Mayor of Cork.

In late 1920, as the Government of Ireland Act was becoming law, east Ulster was descending into bitter sectarian violence. Almost 100 individuals would lose their lives by Christmas. 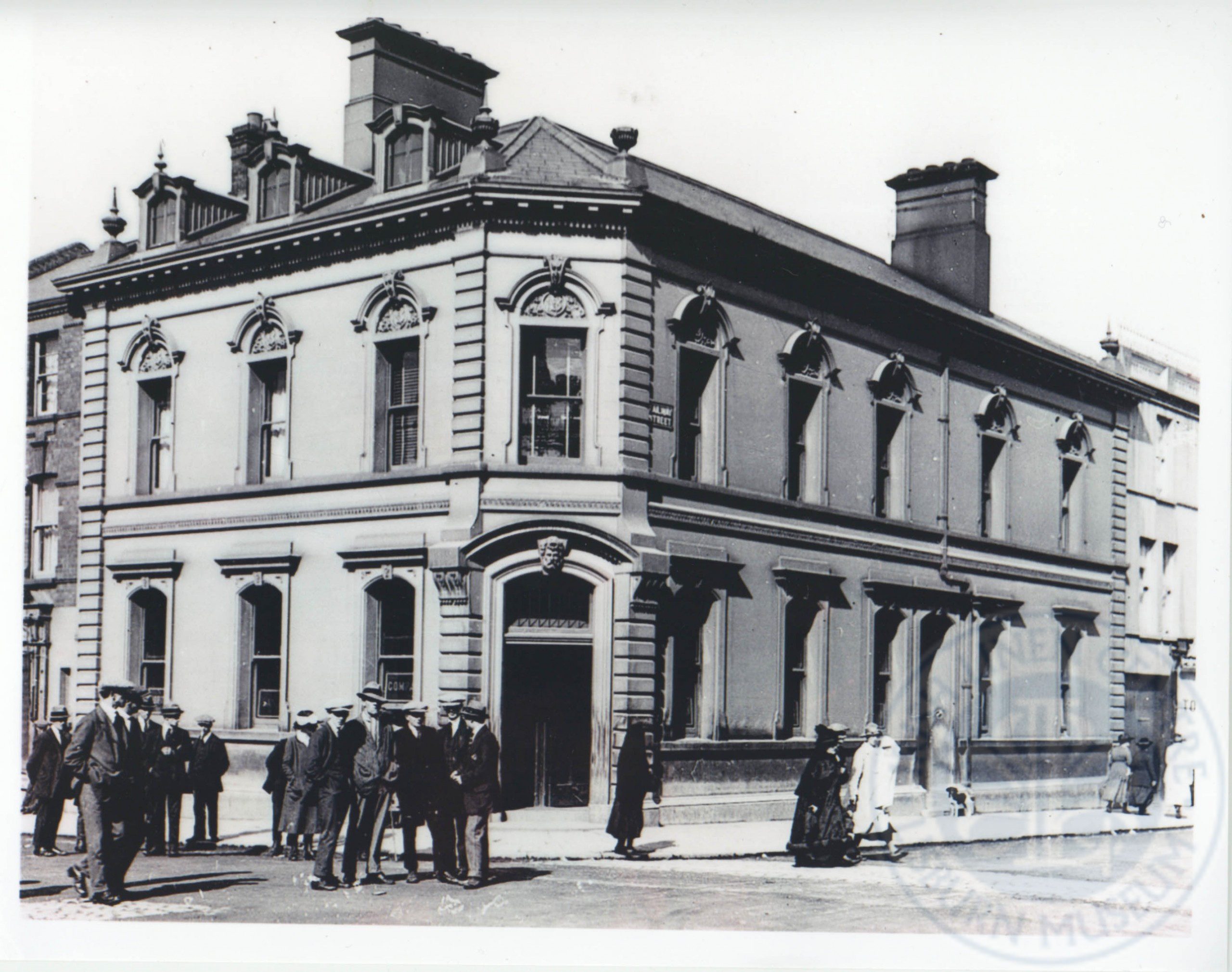 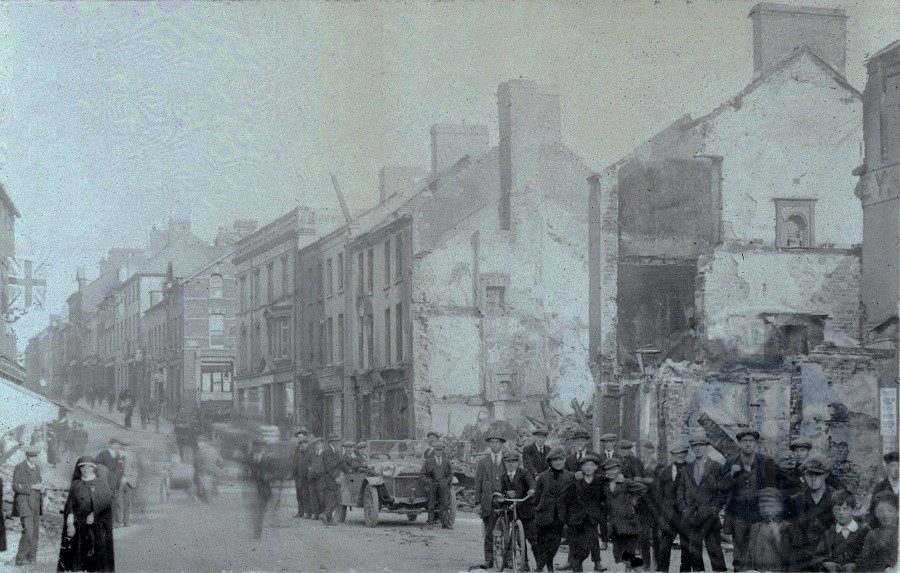 The burned-out remains of Bow Street, the main shopping street in Lisburn.