2 – The Better Government of Ireland?


The Fourth Home Rule Bill and the division of Ireland.

In 1919, as the British Government was busy helping to remake the map of Europe at the Paris Peace Conference, the Irish War of Independence raged. 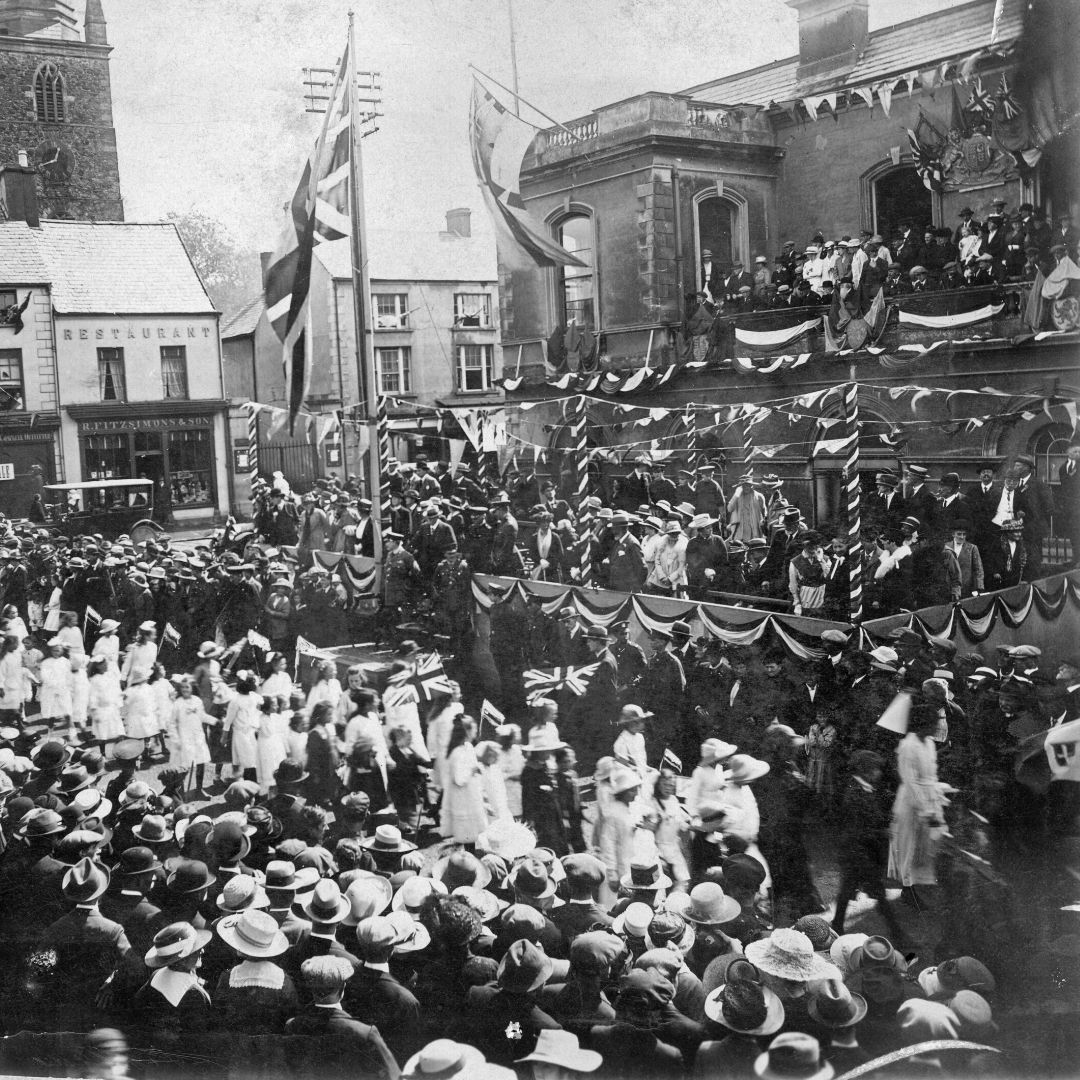 Towns and cities across the United Kingdom looked to honour their ex-servicemen and women, living and dead, through a day of celebrations in summer 1919.  In Lisburn, Peace Day was held on 16 August 1919, and the town hosted a huge civic parade and reception to honour ex-servicemen, while a temporary wooden cenotaph in Market Square honoured the war dead.

Walter Long (1854-1924) – former Chief Secretary to Ireland and chair of the Ulster Unionist Council (UCC) – headed up a cabinet committee tasked with dealing with the Irish ‘question’. The Long Committee met for the first time in October 1919, and over several months drafted a solution. This Fourth Home Rule Bill proposed two Home Rule parliaments in Ireland, one in the north and one in the south, but linked by a Council of Ireland. Against the wishes of many nationalists, Ireland would remain within the United Kingdom. 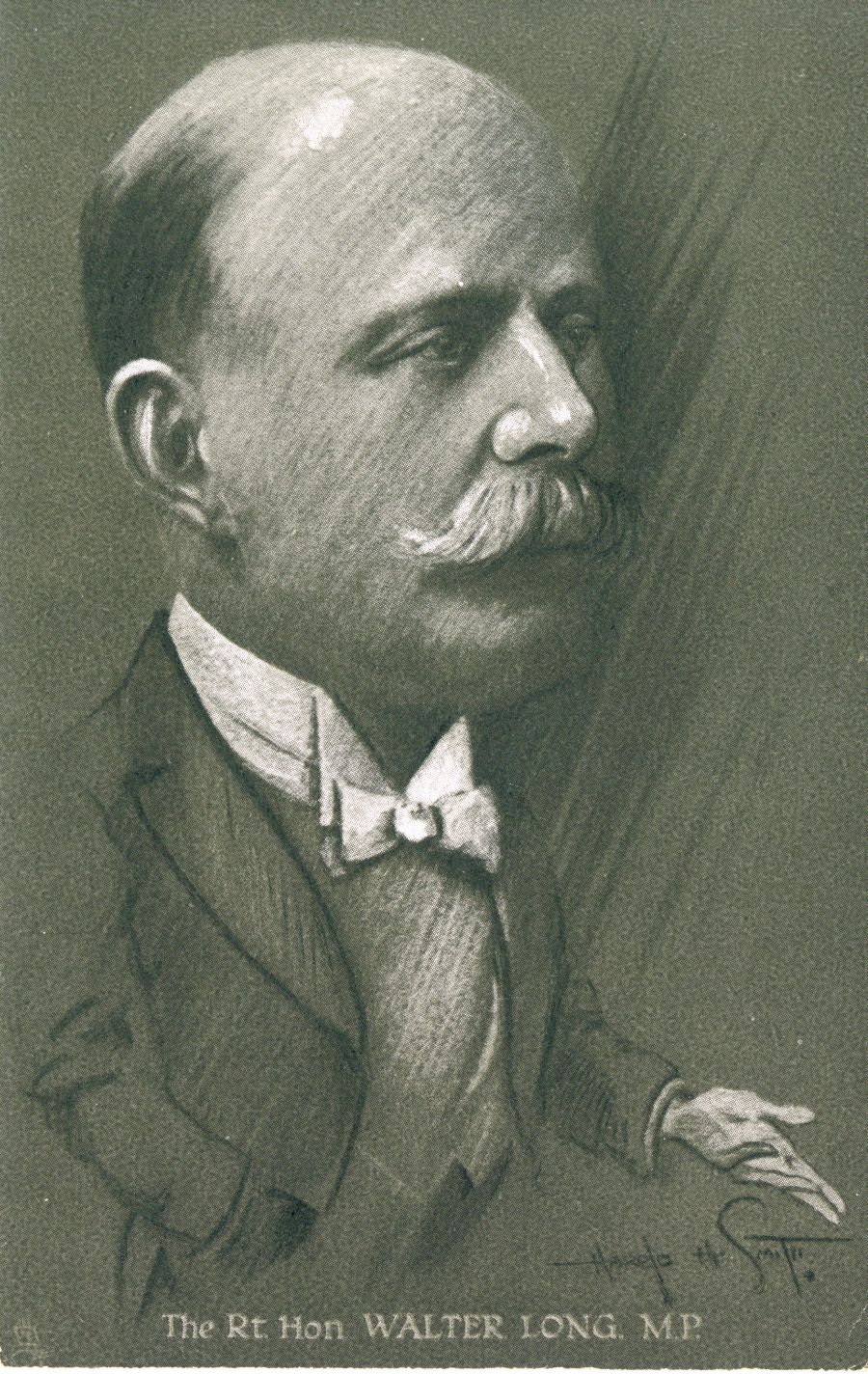 Walter Long (1854-1924) was a career politician, and served as Chief Secretary of Ireland, and later First Lord of the Admiralty. He was a staunch unionist, acting as chairman of the Ulster Unionist Council (1907-10), and predecessor to Edward Carson (1854-1935). 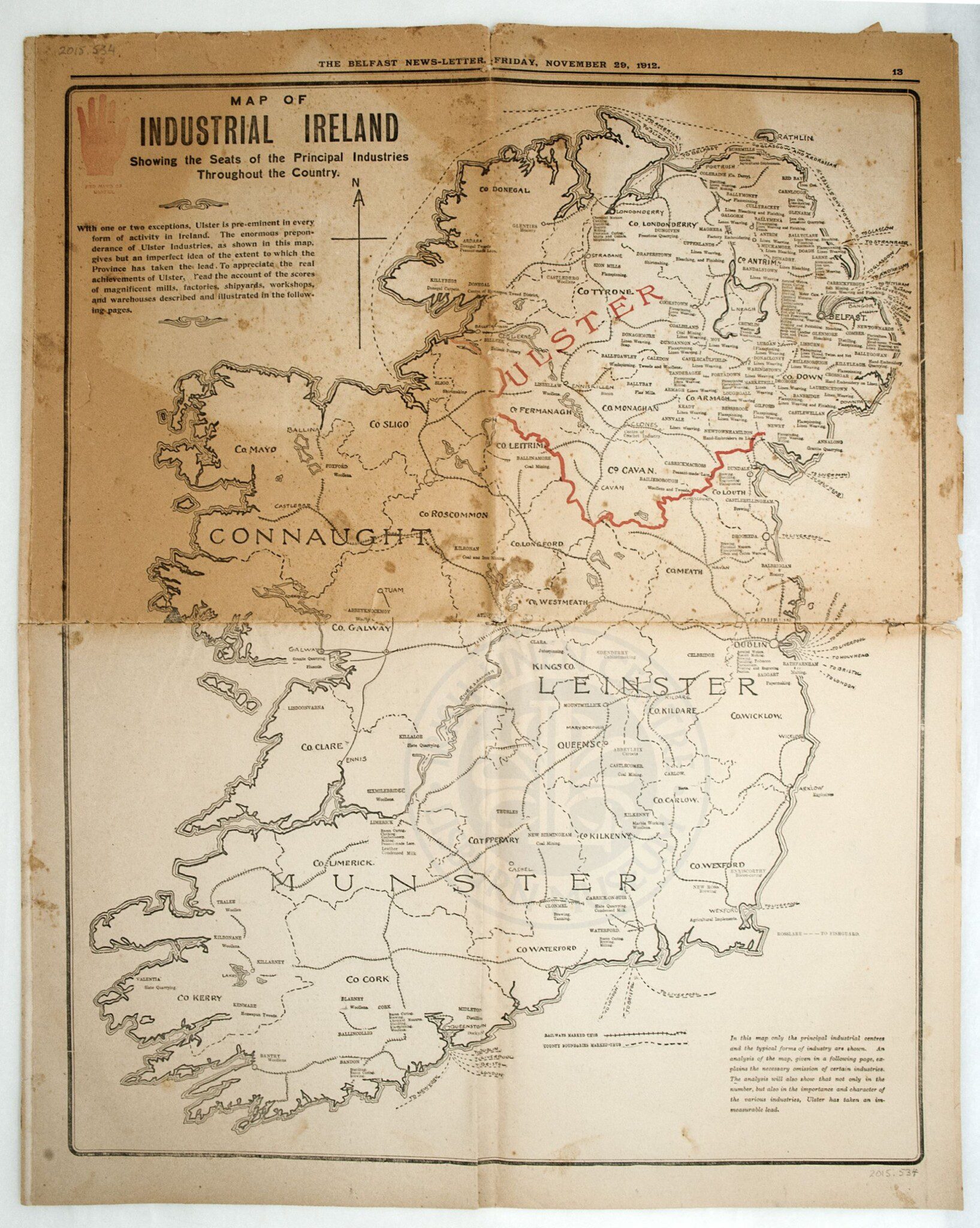 Ulster was one of the four provinces of Ireland, and consisted of nine counties. By 1900 the north-east was more industrialised than the rest of Ireland, and its protestant character led many unionists to the conclusion that Ulster was a place apart. This 1912 map from the Belfast News-Letter contrasts the productive north with the rural south. 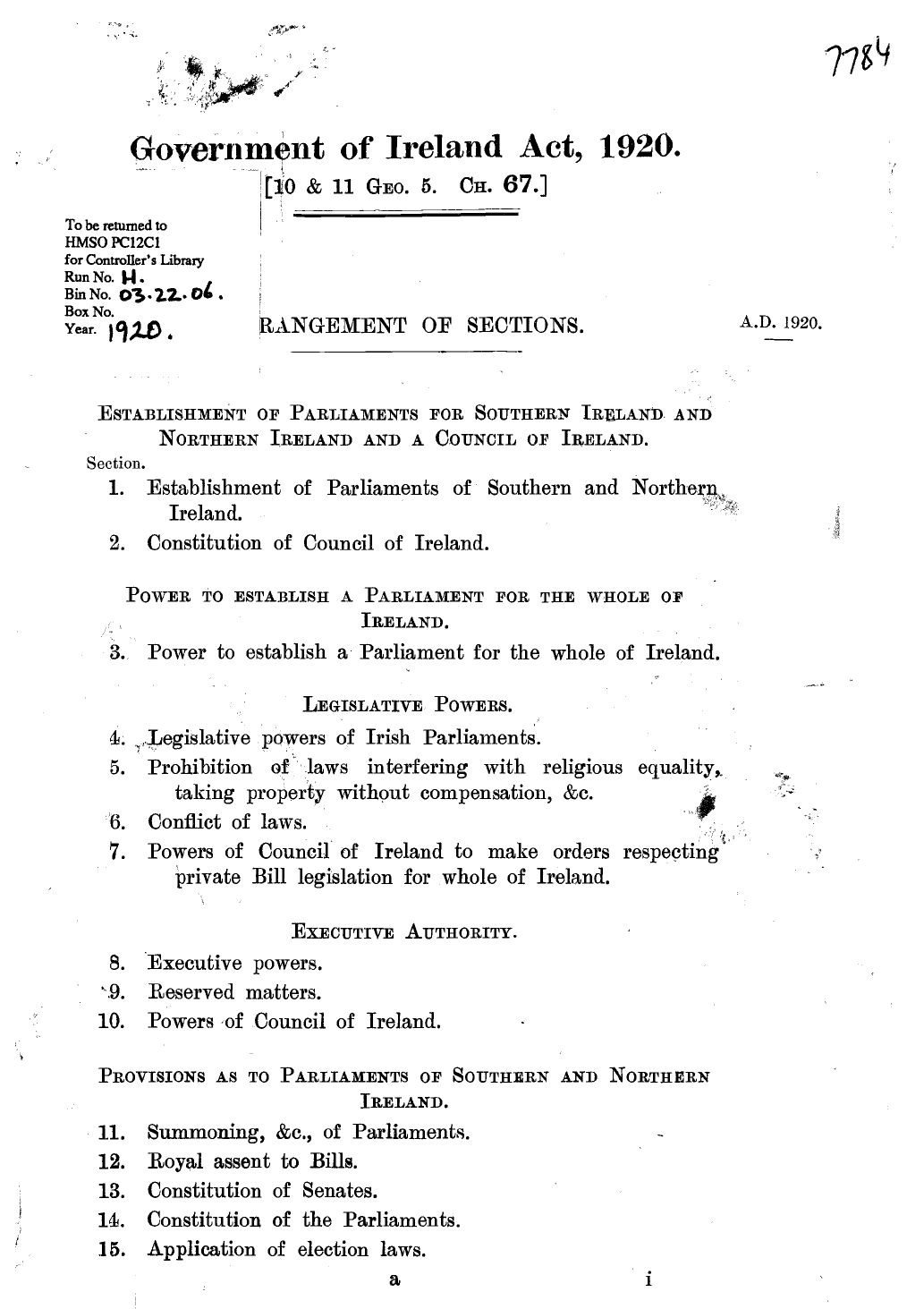 Known as the ‘Partition Act’, the Government of Ireland Act led to the creation of the border in Ireland. Click this link to read the full text of the Act.

Long had provided for the exclusion of the province of Ulster, however, Sir James Craig (1871-1940), a leading Ulster Unionist, argued that only the six north-eastern counties (Antrim, Armagh, Down, Fermanagh, Londonderry and Tyrone) should be included, as this gave the largest protestant and unionist majority.   This settlement cut out many Irish unionists who lived outsides the six counties.

The Government of Ireland Act received Royal Assent on 23 December 1920.  Unionists, the fiercest opponents of Home Rule, would now have a Home Rule parliament.

Ulster has never asked for a separate Parliament…we have thrived under the Union…keep us with you… I cannot understand why we should ask them to take a Parliament which they have never demanded, and which they do not want. Why not leave them here?

You cannot knock Parliaments up and down as you do a ball, and once you have planted them there, you cannot get rid of them

The Bill prevents ‘Ulster being forced into a Parliament in Dublin without its own consent…the Bill practically gives us everything that we fought for, everything that we armed ourselves for and to attain which we raised our Volunteers in 1913 and 1914…once a Parliament is set up and working well…we should fear no one, and we feel that we would then be in a position of absolute security.