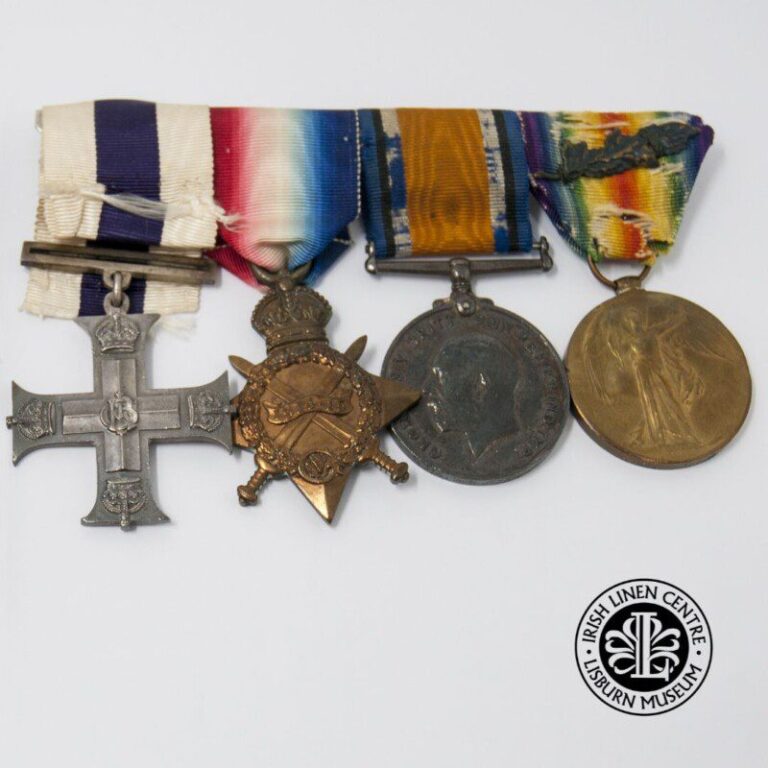 Educated at Queen’s University Belfast, Dr Johnston practiced medicine at a surgery on Railway Street (later moving to Castle Street), Lisburn. A member of the South Antrim Volunteers (UVF), he was also a keen rugby player for Lisburn Rugby club.

Dr Johnston was awarded the Military Cross in 1918, and was demobilised as a Lieutenant Colonel.  Returning to Lisburn, he took charge of the County Antrim Infirmary on Seymour Street and led a distinguished medical career.

Dr Johnston’s medals, including his MC, were donated to the museum in 2022 by his family.