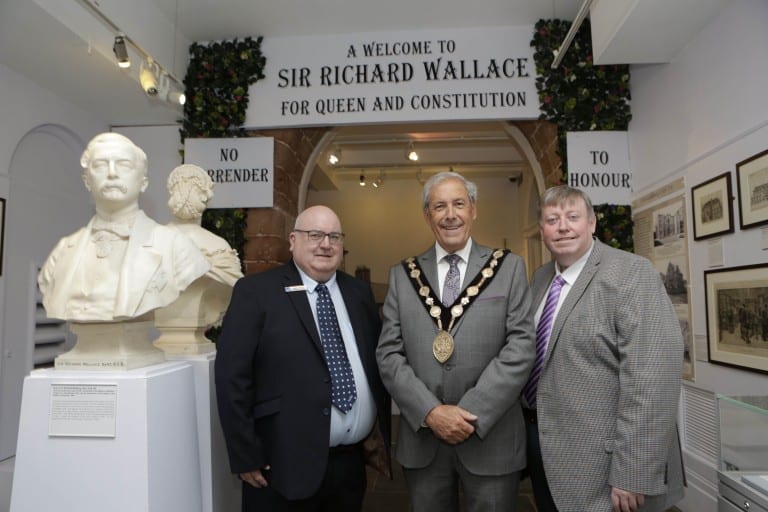 The ‘Sir Richard Wallace Exhibition: the life and legacy of a philanthropist, art collector and landlord’, was officially opened by Alderman Paul Porter, Chairman of the Council’s Leisure & Community Development Committee at the Irish Linen Centre & Lisburn Museum.  The free exhibition marks the bicentenary of the birth of Lisburn’s landlord Sir Richard Wallace (1818-90), and explores his life, reputation and many gifts to Lisburn, from The People’s Park (now Wallace Park) to the Wallace Fountains.  The exhibition is open Monday to Saturday, 9.30-5pm.

Using prints, letters, books, rare artefacts and sculptures the exhibition tells the story of Wallace’s early life in Paris and his inheritance in 1870 of the vast fortune and art collection of the 4th Marquess of Hertford.  Wallace used his new wealth, first, for struggling Parisians during the Franco-Prussian war (1870-71) and, second, for the benefit of the tenants on his Irish estate up until his death in 1890.  His philanthropy was renowned.  With the donation of his collection to the nation in 1897, Wallace forever linked Lisburn to one of the world’s greatest art collections, the Wallace Collection. 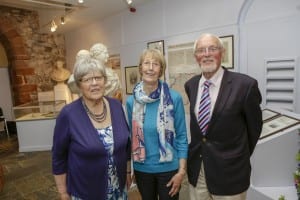 Mrs Christine McCafferty, Mrs Arlene Steel and Rev Dr Gordon Gray at the launch of the Sir Richard Wallace Exhibition. The family kindly loaned a magnificent Victorian mantle clock, given by Wallace to George Thompson in 1880, to the exhibition 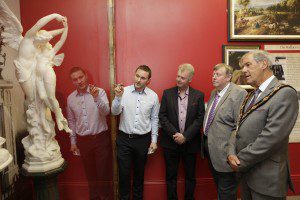 At the launch the Mayor, Councillor Uel Mackin, remarked that ‘Sir Richard Wallace’s legacy in Lisburn is still evident today’ from the ‘many building projects he funded, to the gift of the People’s Park, later renamed Wallace Park’.  The Mayor also drew attention to Sir Richard’s popularity as a landlord, noting that ‘after his death in 1890 Lisburn erected the Wallace Monument in his honour’ and in recognition of ‘his generous interest in the town’.

Alderman Paul Porter commended the museum for mounting the exhibition and commenting that “Sir Richard Wallace’s many contributions to the Lisburn area deserve to be recognised on this, the 200th anniversary of his birth.”  Adding that “there is a fantastic range of artefacts on display in the exhibition, including rare letters signed by Sir Richard and four clocks gifted by Wallace to locals.  Also on display for the first time are a number of beautiful sculptures from Castle House, Wallace’s Lisburn residence.  I would encourage residents to visit this exhibition.”

The exhibition runs from 21 May – 31 December 2018.  For more information, visit: http://www.lisburnmuseum.com/Wallace 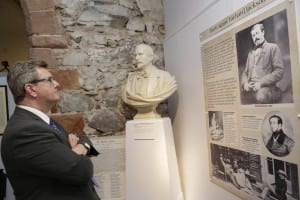 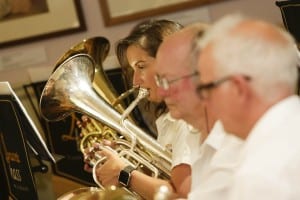 At the exhibition launch local brass band, Dynamic Brass, played a special arrangement of the Richard Wallace March, written for Sir Richard in the 1870s.

The exhibition is part of a wider programme of events and activities celebrating the bicentenary of the birth of Sir Richard Wallace across Lisburn & Castlereagh, for more information visit: https://www.lisburncastlereagh.gov.uk/wallace