In the Beginning, Flax…

Linen is woven from flax (Linum usitatissimum), which comes from the Linacea family, and is one of the oldest textiles in the world.  Records show the use of flax as a textile in Mesopotamia (modern-day Iraq) during the Neolithic period (from 10,000 B.C. to 4000BC or so), and flax (seeds) and linen cloth were used by the ancient Egyptians. 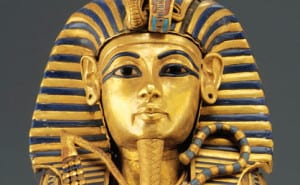 Famously, Tutankhamun (c.1300BC) who ruled over the 18th Dynasty, had his chest cavity hollowed, and rolls of linen were inserted. The status Egyptian linen conferred upon its wearer is evident in the Bible. For example, Genesis v.41-42, which scholars believe was written around 500 B.C., records that the:

Pharaoh took his signet ring from his finger and put it on Joseph’s finger. He dressed him in robes of fine linen and put a gold chain around his neck.

St Matthew’s Gospel records that Jesus’ body was wrapped in a linen shroud after the crucifixion.

Flax Cultivation and Linen in Ireland

It is difficult to date the first cultivation of flax in Ireland, although the annals of the early Christian period depict the saints wearing long linen tunics.  By the 11th century flax was being cultivated in Ireland and linen used for clothing.  From this period, up until the 17th century, linen was woven on narrow looms.  This cloth was known as bandle linen.  During the reign of  Henry III Irish linen was used in Winchester Cathedral, Hampshire, England, and throughout the 14th and 15th centuries there was a growing trade in Irish linen yarn.

In our award-winning Flax to Fabric exhibition we have a model of an 16th-century Irish nobleman. The tunics, or leines, were dyed yellow using saffron (a dye made from the dried stigmas of the autumn crocus), originally introduced in the 10-12th centuries. The yellow colour was traditional, and used as a status symbol. In fact, Henry VIII introduced legislation to the Dublin Parliament in the 1530s to ban the colour and limit the length of Irish leines.

The Irish linen industry, as we know it today, owes its origins to the late 17th century.  The Huguenots were important. They arrived in Ireland following the revocation of the Edict of Nantes in 1685, and many settled in Lisburn.  They brought their skills in weaving and finishing linen.  Louis Crommelin (1652-1727), who established a weaving factory at Bridge Street, Lisburn is perhaps the most famous.  He was appointed ‘Overseer of the Royal Linen Manufacture of Ireland in 1699, and is popularly known as the ‘founder’ of the Irish linen industry.  Yet more important than the Huguenots, perhaps, was an influential band of northern English Quakers, who arrived in the Lagan Valley in the 1670s and 1680s, as well as the patronage of Lisburn’s landlord Lord Conway and his agent George Rawdon.

In Ireland flax was usually sown in May and then pulled in August.  Flax grows best in fertile, weed-free soil, but can flourish in most environments, with the exception of clay or sandy soils.  Both climate and soil type play an important role in the quality of the fibre.  In Ireland flax is colloquially known as the ‘wee blue blossom’, given the flax flower’s pale blue colour. 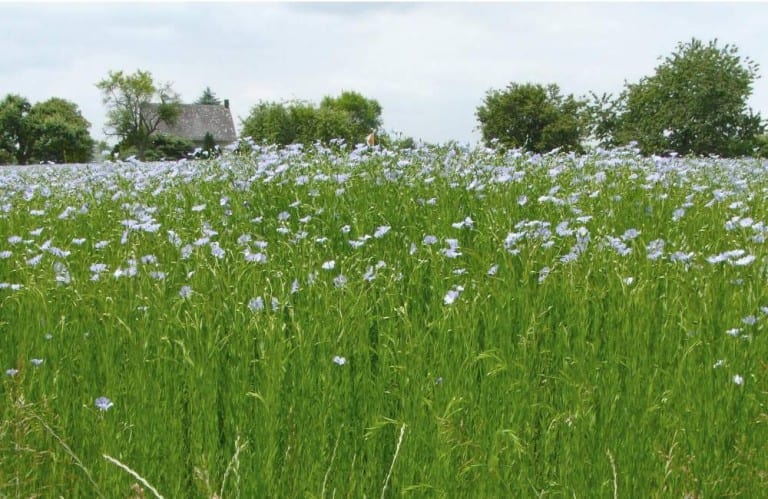 Further Reading on the history Irish linen and flax:

Mackey, Brian, ‘Overseeing the foundation of the Irish linen industry: the rise and fall of the Crommelin legend‘, in Brenda Collings and Philip Ollerenshaw (eds.) The European Linen Industry in Historical Perspective, 2003.