To mark the recent presentation to the museum of Blackshaw’s ‘Colin Mountain from Hillsborough’ (c.1970) by the Lisburn Historic Quarter Arts Group, Eamonn Mallie, the organiser and editor of the publication ‘Blackshaw’ (2003) was invited to give a guest lecture on the artist.  To a packed Assembly Rooms on October 22nd Eamonn delivered a thoroughly entertaining lecture on Blackshaw and his work, which was followed by a drinks reception.  A fantastic time was had by all! 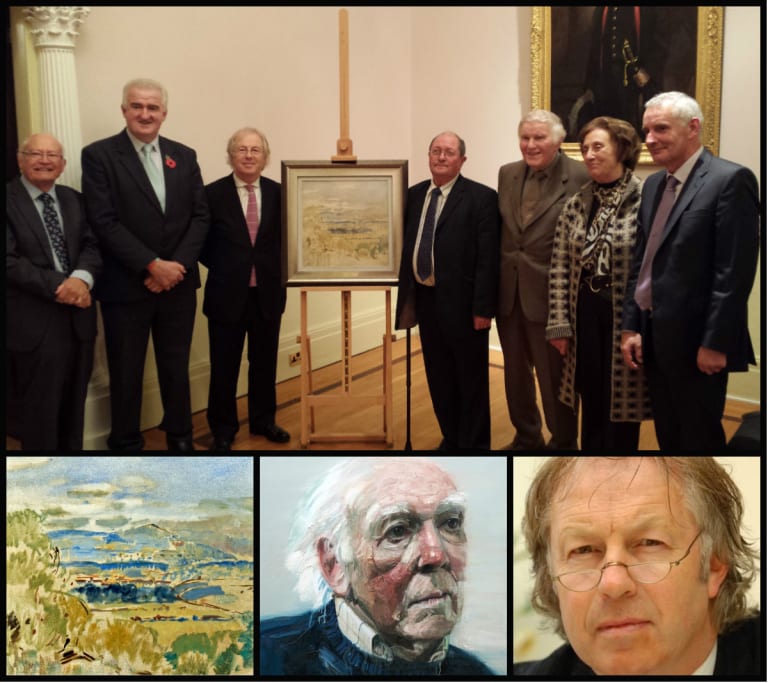 Basil Blackshaw was born in Glengormley, County Antrim in 1932, and brought up in Boardmills near Lisburn. Educated at Methodist College Belfast, at 16 he enrolled in the Belfast College of Art (1948-51) and was awarded a CEMA scholarship to study in Paris.

Noted for his early expressionist approach, Blackshaw’s themes have included local landscapes, people, sport and animals, particularly horses. He is also a portraitist. His style has continued to evolve over many decades and confound his many followers who regard him as one of Ireland’s most distinguished artists.

Blackshaw spent eleven years living and working at Ravernet near Hillsborough where his daughter Anya (also an artist) was born. A major retrospective of his work was organised in 1995 and travelled widely in Ireland and the United States. He now lives in County Antrim.