Visit ‘Lisburn, 1912-1914’, and explore the people and the places in the crisis years leading up to the outbreak of the Great War. Through re-created historic scenes, artefacts, audio visuals and text see how local suffragettes tried to bomb Lisburn Cathedral in their passionate campaign for ‘Votes for women’, and how close Ulster came to civil war in the summer of 1914.

The outbreak of war on 4 August 1914 seemed to unite both sides of the Home Rule debate, with the local UVF and many of the Irish Volunteers joining up to serve ‘King and country’ in Flanders and beyond. Yet this was short lived and the war, which raged for four long years, would have far-reaching consequences for Lisburn, particularly after the events of 1916 and the years that follow.

Part II of the exhibition, opening in 2015, will continue the story of the Great War and its aftermath, exploring the role linen played in the war effort, the devastating impact of the Battle of the Somme on the town, through to the political turmoil of the early 1920s. 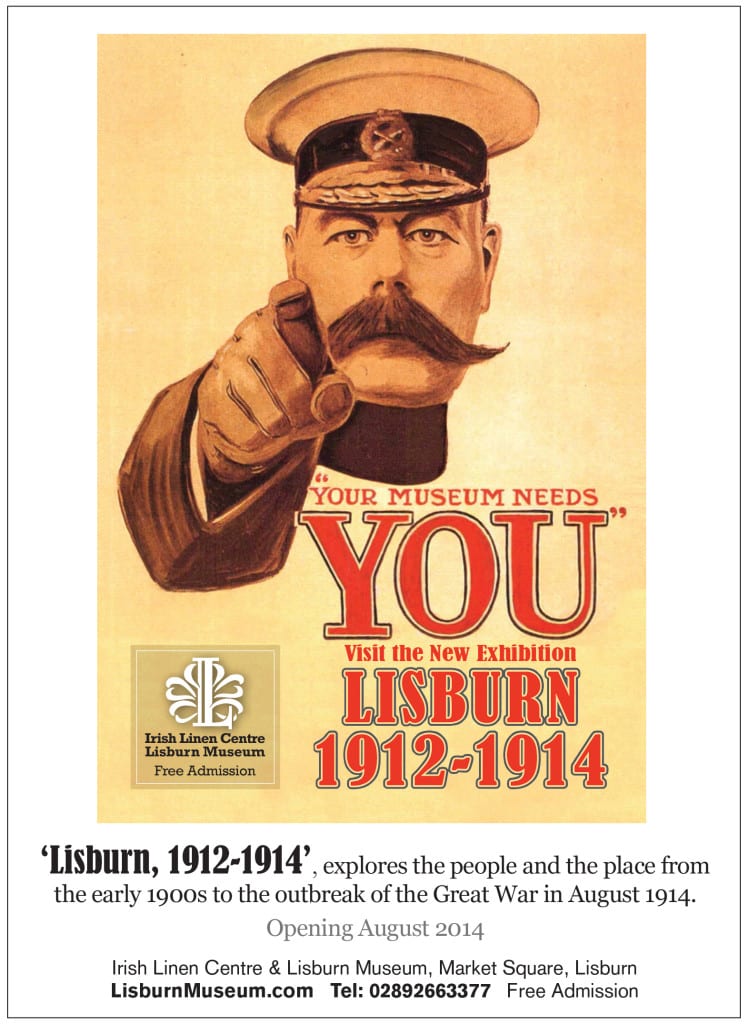