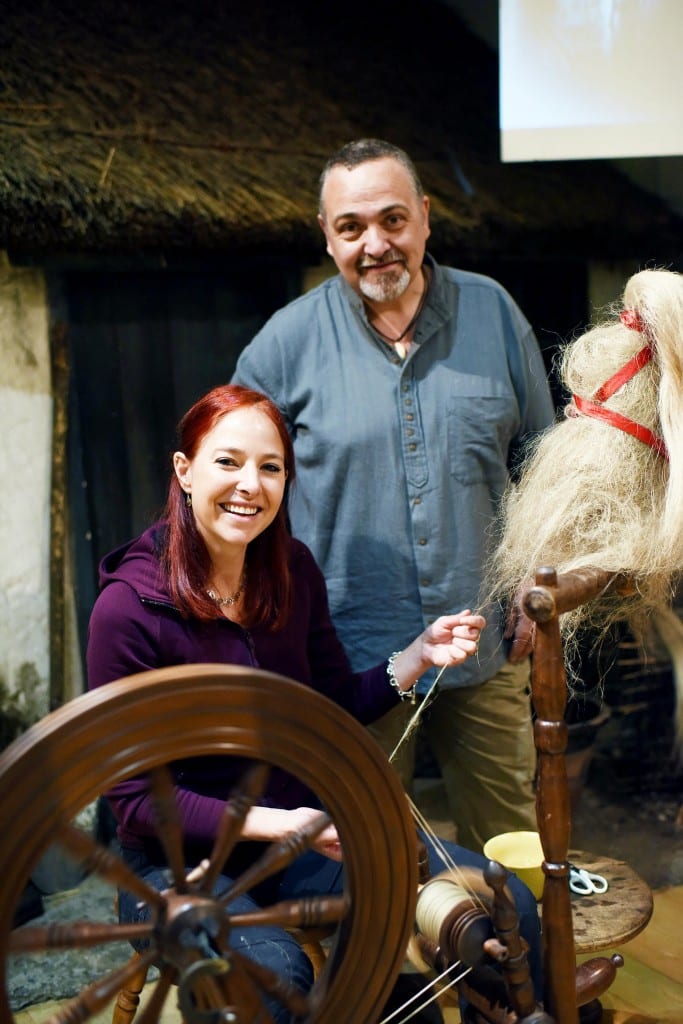 On Friday 11th August 2017 the Irish Linen Centre and Lisburn Museum had the pleasure of hosting Professor Alice Roberts and her film crew. Working on a programme relating to Victorian industry, Professor Roberts tried her hand at spinning and weaving under the expert eye of staff members Philip, Spinner and Debbie and Alison, Weavers.

On Saturday 12 May 2018 Professor Alice Robert’s hugely successful series ‘Britain’s Most Historic Town’ features the museum in a special episode about the Irish linen industry.  One of our expert guides Philip tour Alice on a tour of the museum, introducing her to spinning and weaving, as well as discussing the industrialised process.  View a segment of Philip’s appearance below:

More about Britain’s Most Victorian Town

Hidden in streets across the country are the secrets of Britain’s rich and dramatic past. In a brand new series, Professor Alice Roberts studies a key period in British history by telling the story of a single historic town.

From an extraordinary archaeological find hidden under a café in Chester to a near thousand year old Viking poo in York, Britain’s Most Historic Towns uncovers the extraordinary history underpinning well-known towns. In each of the six episodes, Alice visits historic sites and meets local historians to understand how each town was shaped by the dominant forces of the age.

Exploring how people might have lived in each period, Alice attempts to storm a Norman castle, takes a crash course in nineteenth century female etiquette in Victorian Belfast and is subjected to some humiliating Tudor justice in Norwich.

Cutting edge CGI allows Alice to bring long lost monuments back to life while aerial archaeologist Ben Robinson takes to the skies to see how the layout of each town reflects a historical era to this day. At the climax of each programme, vivid CGI reveals the entire historic town in all its former glory.