This post was written by Faoiltiarna, a visting Sixth Form student. 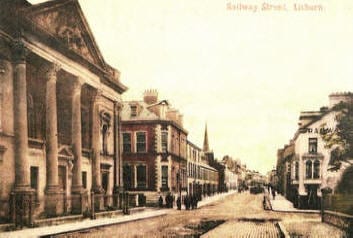 On the 21st of February 1887, the Lisburn Temperance Union was formed. This Union was Chaired by Sir J.N. Richardson who was both a Quaker and a well-known Linen manufacturer. The Lisburn Temperance Union was set up with three main purposes. The first was to provide demonstrations, meetings and classes to counter the evils of drinking, secondly, they were to act as an attentive committee on issues relating to licensing laws. And thirdly, they aimed to make reading and recreation rooms available to cancel out the influence that pubs had on people. 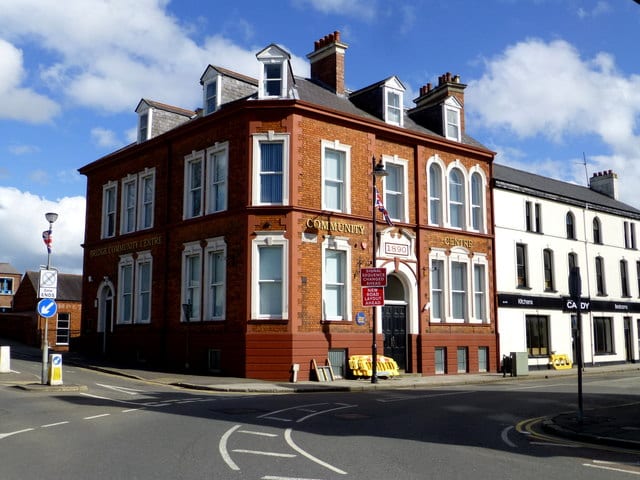 The Lisburn Temperance Institute was designed by architects Young and Mackenzie, and by the 24th of June the foundation stone was laid by Mrs J.D. Barbour. It was then opened in 1890. The finished building had various facilities, such as a café and a kitchen, reading and recreation rooms, committee rooms and a gymnasium at the back for physical education. The Institute was built on land donated by Sir Richard Wallace, who died the year it was opened. The building of this Institute, which was estimated at £2,ooo, was financed by the generosity of many benefactors who supported the Temperance Movement, including Mr J.N. Nicholson, Rev. J.A. Stewart and Messrs Wm. Barbour and Sons.

Since it opened, the Lisburn Temperance Institute helped to fulfill both the social and sporting needs in Lisburn. Throughout the years its committee rooms have been the first choice for many different groups, such as the Choral and Orchestral Society, the Cricket and Hockey Clubs and the Lisburn Rugby Club. In 1979, the building was sold to the Borough Council and was refurbished and opened as the Bridge Community Centre and continues to provide its facilities to the community.