The development phase of the Hilden School Regeneration Project includes creating a design brief for a heritage trail linking the Irish Linen Centre & Lisburn Museum with Hilden. In September, I made an initial tour of the route through Castle Gardens, to the Island Centre and then along the towpath to Hilden. I went with three members of staff from Lisburn and Castlereagh City Council who have a wealth of knowledge of local flora and fauna, foraging and the development and management of access to the countryside.

The history of Castle Gardens has been researched in detail as part of the restoration in 2008 of the terraces and gardens, so we focused more on the section from the Island to Hilden. We each wrote down our thoughts as we walked, gathering information from old Ordnance Survey maps and historical documents such as the Ordnance Survey Memoirs of the 1830s, together with observations of wildlife and heritage that we spotted. 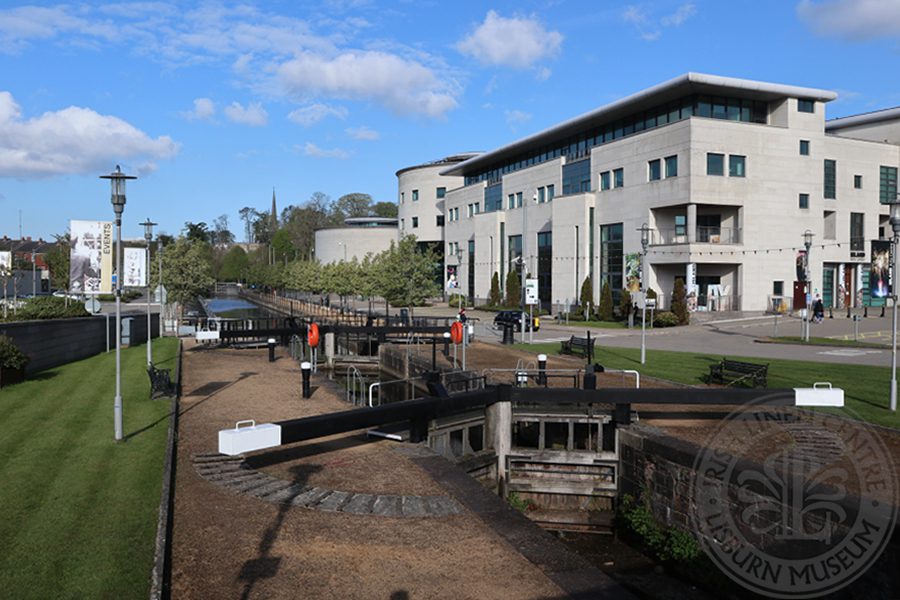 The first area we looked at, the Island, has a fascinating history. To create the Belfast to Lisburn section of the Lagan Navigation in the mid eighteenth century, a number of cuts were made in the River Lagan, including a cut across a bend in the river just downstream of Lisburn. This created an island that became the site of a vitriol factory and later the Island Spinning Company. After the mill closed, the land was developed as the Island Civic Centre and public open space that includes a sculpture park. The cut, which had been filled in after the Lagan Navigation shut in the 1950s, has been beautifully restored and is now a tree lined river walkway that incorporates the twelfth lock.

Old maps show industrial sites and an associated mill race along the northern bank upstream of the Island, though today there is almost no sign of this heritage. In recent decades the riverside has been well planted with trees, and is now developing into mixed woodland.

Upstream from the Blue Bridge

In this area there is a more open landscape formed by the River Lagan, the disused navigation and a mill race. Plants associated with wetlands abound and there are also some non-native invasive plants such as Himalayan balsam, Japanese knotweed, snowberry and giant hogweed.

Walking along the towpath towards Hilden, the next feature of note is the former eleventh lock, though it is difficult to examine as it is hidden by a mesh fence and undergrowth. This used to be known to the lightermen who walked the path with their horses as Scott’s Lock, after a former lock keeper.

Approaching Hilden, glimpses can be seen of derelict mill buildings on the northern bank of the navigation. We tried to locate the site where coal for the mill used to be unloaded from barges (known as lighters) and imagined how different the mill must have been when it provided employment for over 1,000 people. However, although the mill is now empty and the navigation disused, wildlife is thriving, and on this brief visit we were rewarded by the sight of a heron on the riverbank near Hilden Bridge. 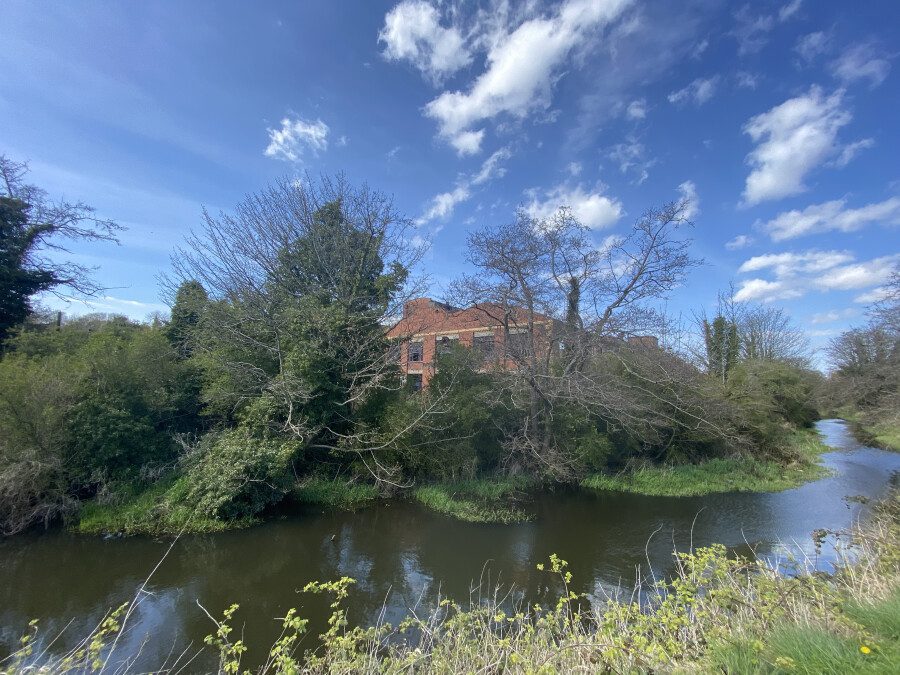 It is clear from this initial visit that the route has great potential for interpretation of the natural and built heritage. The thoughts and suggestions made by each of the participants on this tour will be discussed in the Heritage Advisory Group meetings to be held in October and November.

We are also keen to gather more information about Castle Gardens, the Island and the towpath to Hilden. If you have stories, memories, wildlife sightings or photographs that would help to bring the local heritage to life, please let us know. My contact details are bensimonhilden@lisburncastlereagh.gov.uk or telephone me at 028 92447671