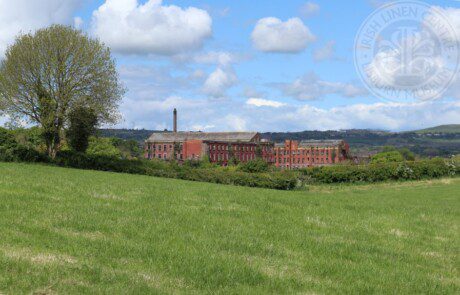 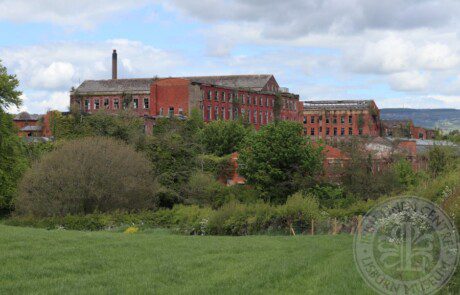 From day one of this project, as I have been talking to local residents, former pupils at the school and workers at the mill, I have jotted down anything that anyone tells me about Hilden School, the mill and the village. Also, as I have explored archives and libraries, I have kept a record of key dates and events to do with Hilden.

This information has helped me start to unravel the story of Hilden Mill, and to understand why its name changed so often.

Writing the story of the mill has been a bit like piecing together an old jigsaw puzzle; I am aware that some pieces of information are still missing and that I may have put some pieces together incorrectly. If you can add more key dates and facts to this timeline, please do get in touch. My contact details are – Ben Simon, Heritage Development Officer, Irish Linen Centre and Lisburn Museum, Market Square, Lisburn. Tel 028 9244 7671. bensimonhilden@lisburncastlereagh.gov.uk

1981   Between 30 and 40 redundancies at Hilden. It is also reported that some property is to be sold off.

1976   Barbour Threads receives the Queen’s Award for export achievement. Current workforce of 1,200 is expected to rise.

1974   More than 750 workers at Hilden Mill put on a three day week because of a slump in orders.

1970   In the post war period the companies that formed Lindustries operated five spinning mills in Belfast and seven in other locations in Northern Ireland. However by 1970 this was reduced to just two sites; Hilden Mill and the mill at Doagh.

1960s Linen Thread Co. diversifies to include textile and engineering divisions under the group name Lindustries. In the mid-1960s Lindustries employs around 8,000 people, 3,500 in Northern Ireland.

39-45  During the war Hilden Mill produces material for military applications including cord for boots, parachutes and camouflage netting, and also makes turrets for tanks, steering control towers for ships and shell parts

1898   The Linen Thread Company formed by the amalgamation of mills mainly in USA, Scotland and Northern Ireland, including Wm. Barbour and Sons Ltd of Hilden.

1890   Electric lighting introduced to Hilden Mill. At this time over 200 tons of coal and 100 tons of raw materials are used every week.

1873   The mill is said to process as much as 60 tons of flax every week. There are nearly 2,000 employees and a large number of ‘very neat and commodious’ houses are built for workers.

1867   Hilden Mill described as covering c. 14 acres and processing on average 47 tons of flax per week, a much larger quantity than any other mill in Ireland. Motive power is provided by two pair of steam engines and a waterwheel with a combined force of upwards of 1,000 horse-power. On average, about 25 tons of coal is consumed per day.

1823   John Barbour is succeeded by his two sons, John and William. William dissolved the partnership with his brother 12 years later and moves to Hilden. On the death of John, William purchases the business at the Plantation and transfers the plant to Hilden. The mill at Hilden becomes known as William Barbour & Sons Ltd.

1784   John Barbour, a native of Paisley, Scotland, erects a small mill at the Plantation, Lisburn.