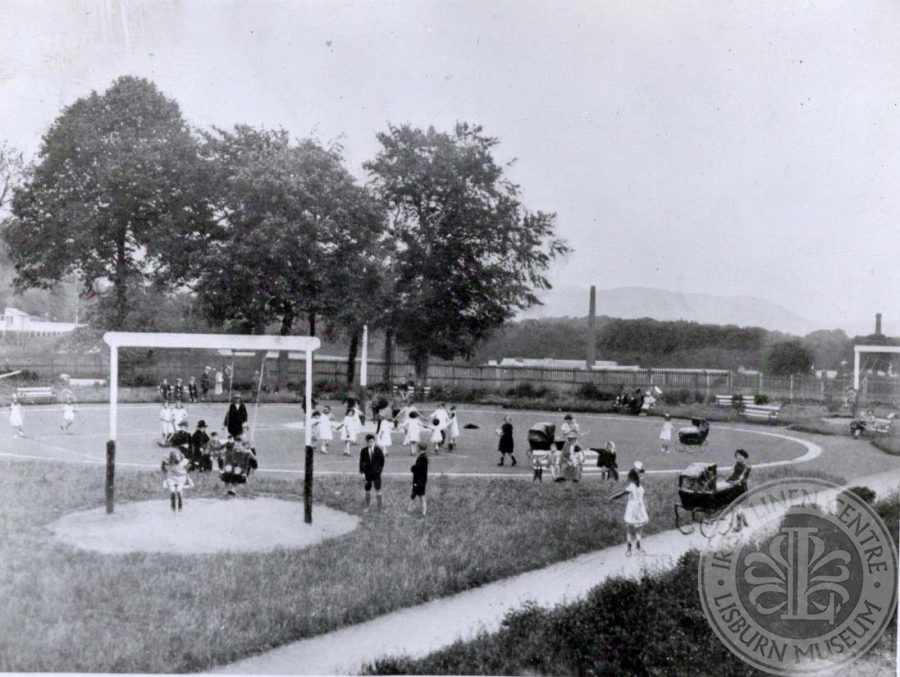 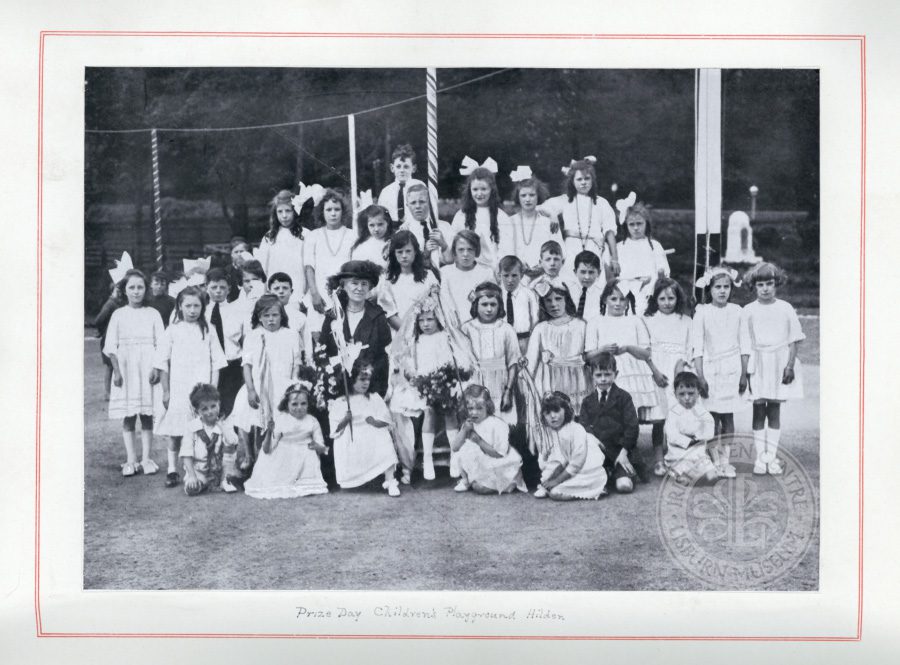 Life in a mill village

For nearly 200 years Hilden was a mill village. Barbour’s mill together with other linen industries such as Glenmore Bleachworks provided the main source of employment and many of the workers used to live in houses owned by the mill. As I noted in an earlier blog, the mill was also closely involved in the construction and management of the village school and, until the early 1920s, many of the children were ‘half timers’, alternating days working at the mill with days at the school.

A recent donation of a very interesting booklet entitled ‘Industrial Philanthropists. The Barbour Family and the Belfast Charitable Society’ highlights other ways in which the Barbour family and the mill company contributed to village life.

The booklet, donated by a former senior member of staff at Hilden Mill who had heard about the Hilden School Project, notes that Mrs Anna E Barbour set up the Hilden and District Nursing Society and provided a qualified nurse for employees at the mill and their families. It also mentions that a playground was opened in the village in memory of Elise Milne Barbour and that a bowling green and tennis courts were provided by the directors of the Linen Thread Company.

A number of former pupils of Hilden School were asked about the ways in which the school benefited from the support of the Barbour family and mill, and several recalled that children with ailments would be taken to see the nurse who worked at Barbour Threads. One of the people questioned, Ann Ferguson, mentioned that classes for older children were sometimes held in the EMB Hall, a large brick building on Grand Street built by the Barbour family for community use. Ann also had a lovely illustration of the extent of the links between the school and mill – dusters used by the teachers to clean the blackboards were made by mill workers from blocks of wood and felt.

Searches in archives have revealed further evidence of the philanthropy of the Barbours, including an article about Hilden Mill of 1873 that mentioned that ‘the firm have put up a large news-room and library free of expense as regards fires and gas, the workmen paying a mere nominal price for the reading of the papers and books.’

Some of the contributions made by the Barbour family were innovative and ahead of their time. For example, when the public playground in memory of Elise Milne Barbour was created at the junction of Mill Street and Grand Street in 1918, in addition to providing play equipment, a teacher conversant with the kindergarten system was employed to supervise the children and to teach games. The playground (together with indoor activities in the EMB Hall) seems to have operated as an educational afterschool club. A report of May Day festivities at the playground in 1923 described a varied programme of dancing, drill, action songs, nursery rhymes, the crowning of a May Queen and maypole dancing. It was also noted that the children received ‘training in flower-culture’ and were growing vegetables in small plots by the playground.

If you have memories of Hilden playground or stories of school days at Hilden that you would like to share, please contact Ben Simon, Heritage Development Officer, at bensimonhilden@lisburncastlereagh.gov.uk