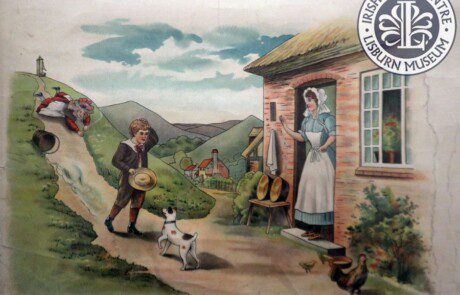 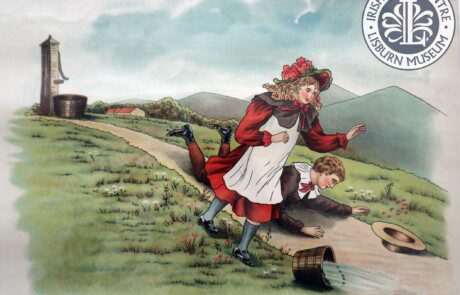 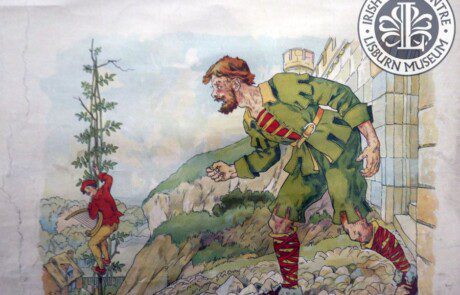 The community is at the heart of the development of an interpretation strategy for the Hilden School Regeneration Project, with meetings, stakeholder events and one-to-one discussions about heritage. We are currently also inviting local people to form a Heritage Advisory Group which will meet in October and November.

Another way in which we are seeking community involvement is by requesting anyone who has heritage material – photographs, documents or objects relating to Hilden and in particular Hilden School – to get in contact. Already this has resulted in some very generous donations that will be cared for as part of the Lisburn Museum archive. Permission has also been given for some documents and photographs to be copied for the archive.

Material provided to date includes photographs of Hilden Mill, an old Hilden Mill Newsletter, a manuscript copy of a book that has a section on Hilden Mill and images of the redecoration of the school in 1996-97. There have also been four quite exceptional and totally unexpected donations:

Nine old primary school posters of nursery stories and rhymes. These prints were donated by David Todd and would have been a common sight in many schools around a century ago. They will be perfect for displaying in an exhibition of a classroom in times gone by.

A hand bell that was owned by Mr Woodend, principal at Hilden School from the early 1930s to the early 1960s, and which used to be kept at the school. The bell was donated by Michael Maxwell, a past pupil of Hilden School, who noted that the casting has the letters ‘ARP’, which most likely stand for Air Raid Precaution, suggesting that it was made for sounding warnings during the Second World War, and that it found a new use at Hilden School after the end of hostilities.

An extensive archive. Two huge, heavy boxes of photographs, old records, documents, photocopies and notes concerning Hilden School have been donated by Margaret Hanthorne, a former teacher at Hilden School and co-author of the book ‘Hilden. The story of a school and its community.’

A beautifully illustrated ‘Honours Roll’, a record of awards gained by pupils at Hilden between 1938 and 1949 that used to be displayed at the school, was presented by Ann Ferguson, co-author of the book ‘Hilden. The story of a school and its community.’

We are still seeking heritage material that we can use to keep the story of Hilden and its school alive for future generations. If you can help, please contact Ben Simon, Heritage Development Officer, at bensimonhilden@lisburncastlereagh.gov.uk or by phone at 028 9244 7671.