Just as the museum was forced to close its entrance doors in March 2020, its #VirtualMuseum opened.  The museum offered up a new visitor experience, accessible from the comfort of the laptops or smartphones.  But did you know that a lot of the day-to-day museum work continued in the background?  Museum staff were busy cataloguing, researching, archiving and caring for the collection.  They also continued to look-out for new additions to the collection!  A major acquisition was the Hertford Glasses (photographed).

This embossed gilt service carries the arms of Richard Seymour Conway (1800-70), the Fourth Marquess of Hertford.  He was Lisburn’s landlord, although he only visited the estate once in 1845, and was one of the world’s greatest art collectors!  His collection now makes up a large part of the Wallace Collection, London.  He is believed to have been the father of Sir Richard Wallace (1818-90).

The service was likely made by the French crystal manufacturer, Baccarat.  A companion to this set is held in the Hertford House Collection at the Wallace Collection. 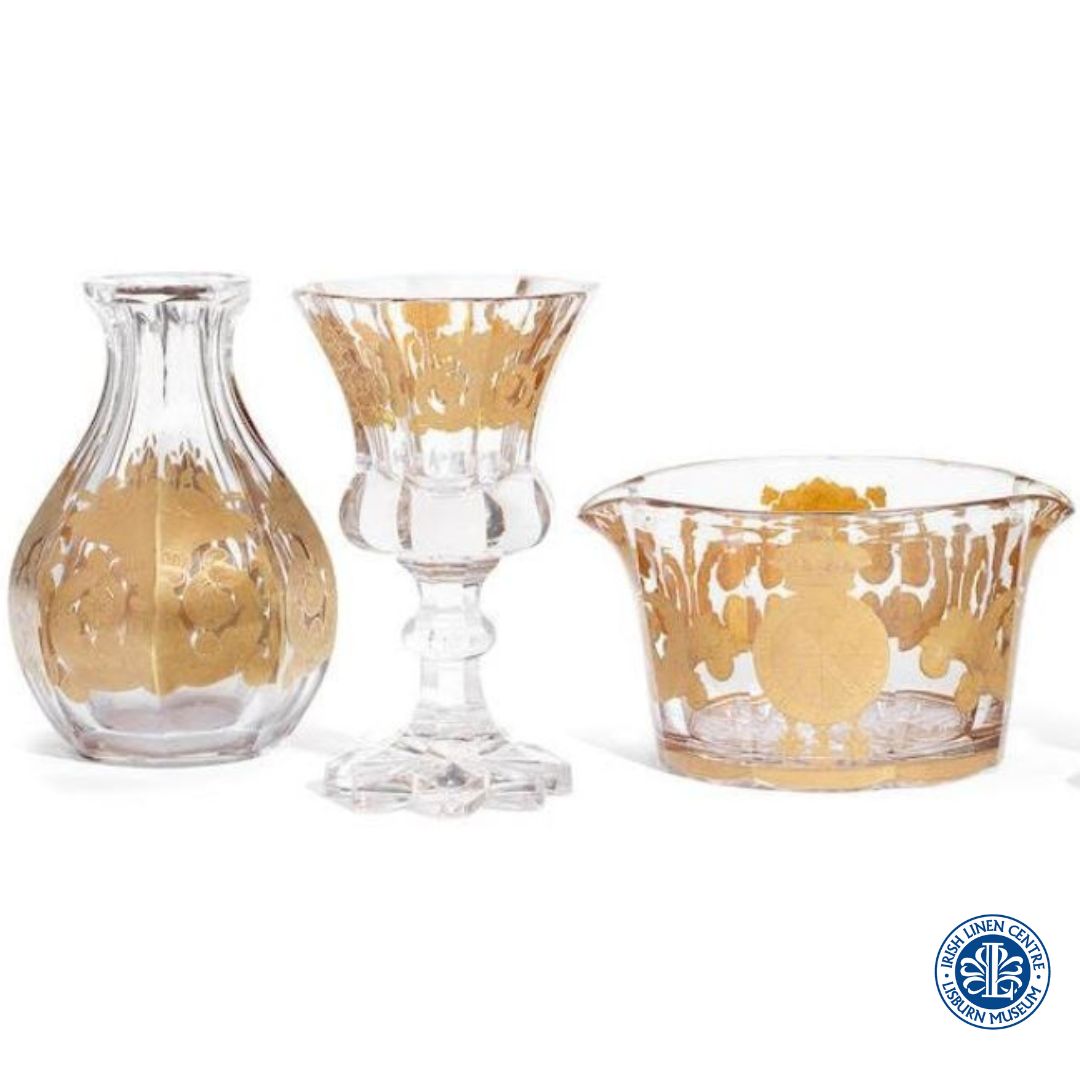