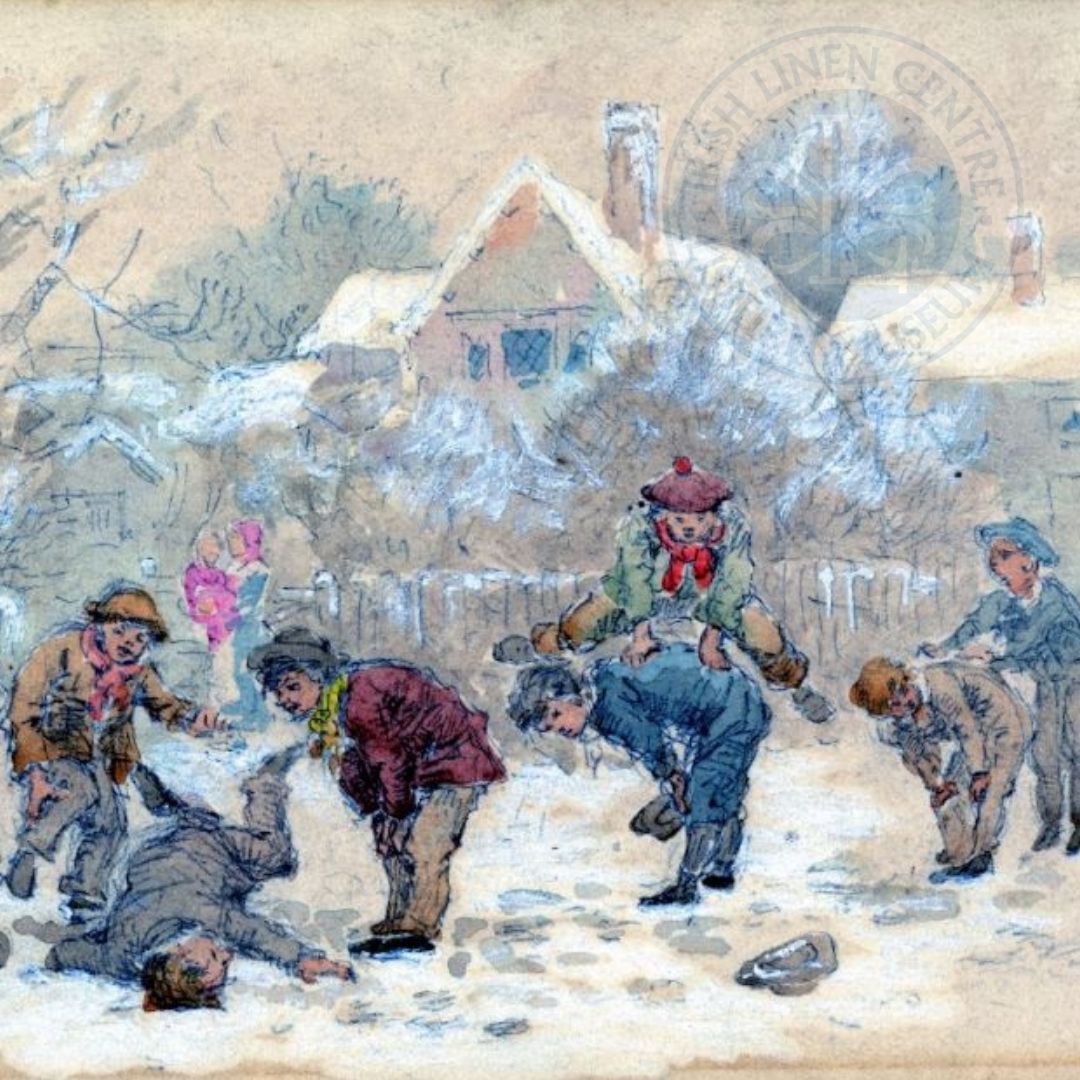 Object: Boys playing leapfrog in the snow by Samuel McCloy

This detail is from Samuel McCloy’s watercolour ‘Boys playing leapfrog in the snow’.  The painting was donated to the museum in 1997.

Samuel McCloy (1831-1904) was born in Bridge Street, Lisburn. He began his career as an apprentice with the Belfast engraving firm of J. & T. Smyth before entering the Belfast Government School of Design in 1850. He won many prizes and was sent to study at the Training School for Masters in London to train as an art teacher. His first appointment was as Headmaster of the government-funded Waterford School of Art, in 1854. The Waterford school was one of twenty-one provincial art schools established throughout the British Isles by the Board of Trade between 1842 and 1852, the aim was to turn out skilled designers for industry rather than painters and sculptors. In 1874 he left teaching and Waterford and moved to Belfast, where he supported himself as a freelance illustrator, notably for the Belfast publisher Marcus Ward and the Illustrated London news. He also painted in his spare time, sending to shows in Dublin and London. In 1884 he settled in London, which became his home for the rest of his life.