This year we are celebrating the Lisnagarvey Transmitting Station 80 Year Anniversary. Located in the civil parish of Blaris , the tower is actually situated in the townland of Magherageery, and not Lisnagarvey.  The townland of Lisnagarvey, which Lisburn derives its name from,  is actually in the centre of Lisburn city.   The BBC have provided some useful background on the tower, noting that it ‘provided radio services to the whole region’ and that ‘its opening was accompanied by much fanfare and a specially commissioned sequence of programmes’. The ‘transmitter’s size and design made it a distinctive feature of the local countryside. The building at Lisnagarvey included a large transmitter hall and was finished to a similar specification as other BBC facilities that were commissioned at around the same time. It reflected modernist influences and featured carved reliefs depicting the importance of industry and agriculture to the local economy.’  The museum has collection of material relating to the tower, including these fantastic postcards: 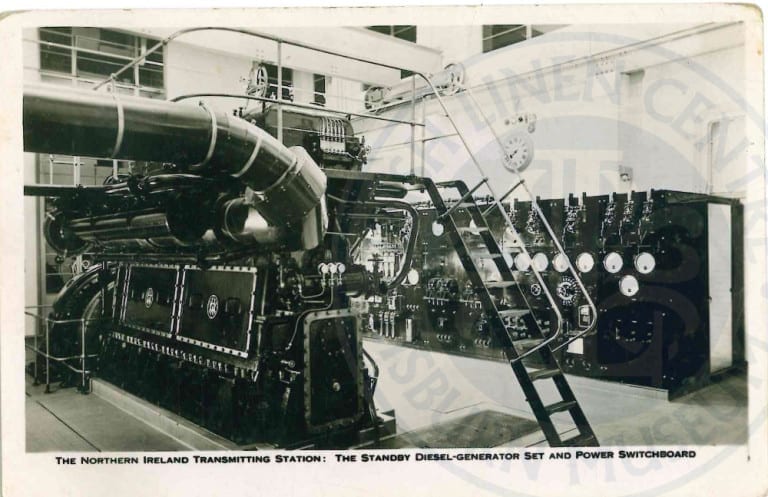 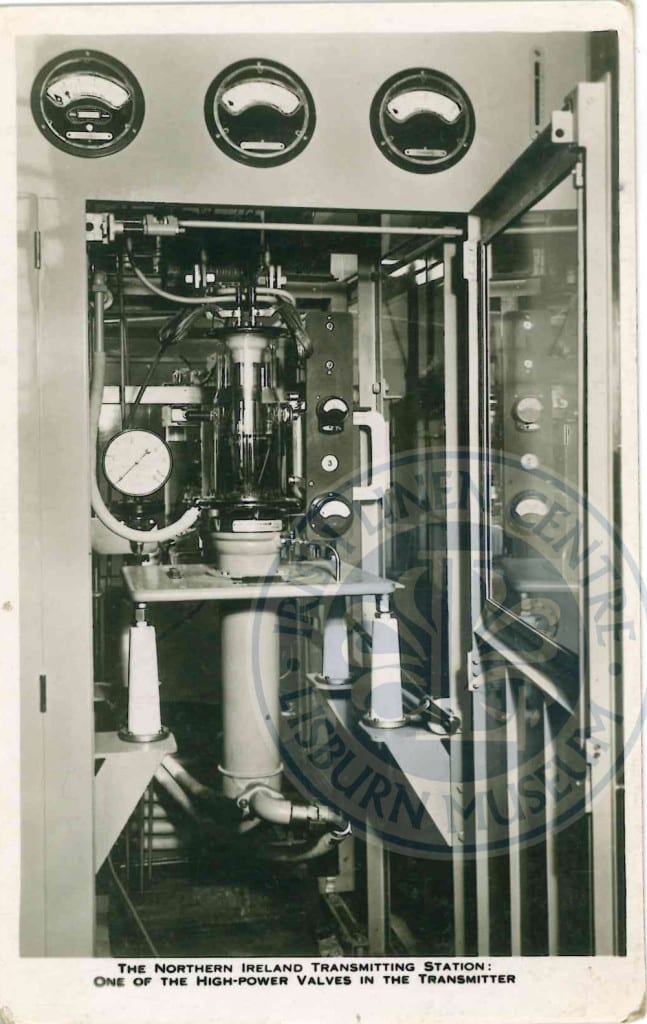 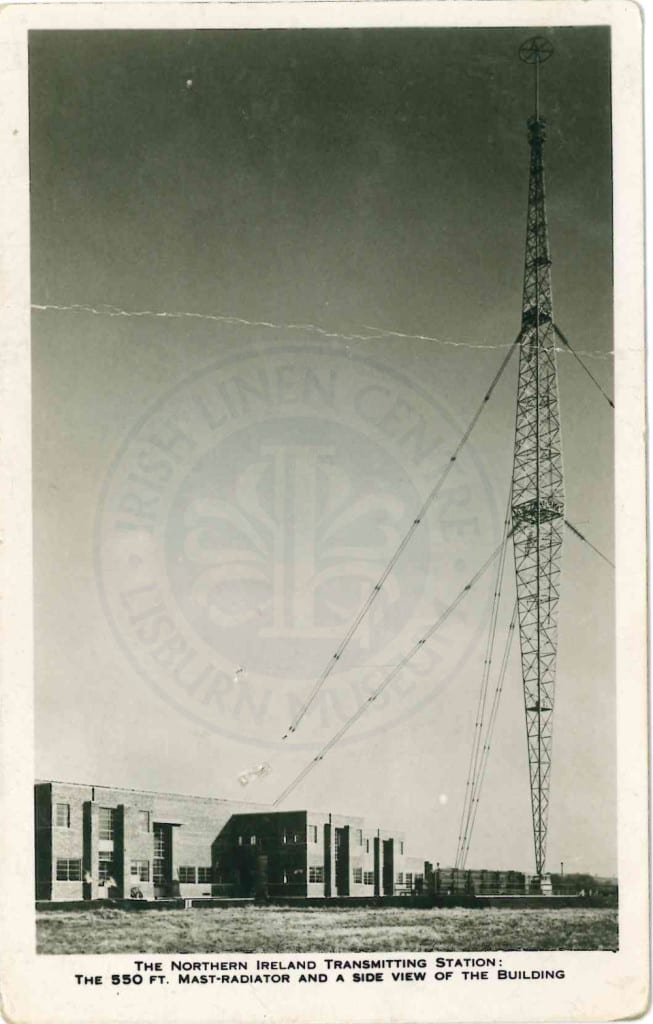 The story of the tower  is being told in a new exhibition from PRONI entitled: ‘Lisnagarvey: The good companion, and is open until April 20th 2016’.   The exhibition is described as:

Lisnagarvey: The Good Companion tells the story of how a radio transmitter changed the BBC’s work in Northern Ireland.  It describes the background to the transmitter’s construction and all that was going on in the BBC and the wider world in the early 1930s.  The exhibition makes use of papers from the BBC’s archives and includes a selection of programme listings and images from the Radio Times.  All of this helps to capture the range and diversity of BBC programming at that time, and the new editorial ambitions that technology made possible.