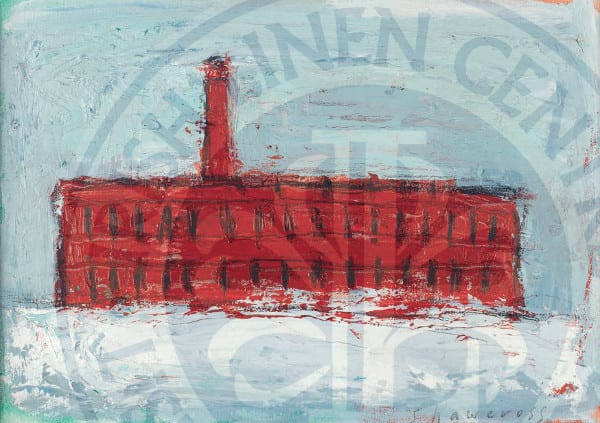 This picture was inspired by the artist seeing the red brick mass of Hilden Mill vividly set against the white of surrounding snow.
Linen thread-making was established at the Plantation, Lisburn in 1784.  By the late-19th century Barbour’s Hilden Mill was reputedly the largest
linen-thread works in the world. Production ceased in 2006.