After the War: Victory in Europe, or VE Day

From April 1945, as the Allies advanced from the west and the Russians moved in from the east, it had been clear that the war was over for Germany.  The Nazis surrendered to the Allies on 7 May 1945, six days after Adolf Hitler’s suicide. In celebration, 8th May 1945 was declared VE Day and made a national holiday.

Celebrations were held across Europe, North America and Russia (9th May).  In London, huge crowds thronged the Mall in front on Buckingham Palace where King George VI and Queen Elizabeth.  Revellers were seen dancing in fountains and on the street, and thanksgiving services were held in churches.  Prime Minister Winston Churchill famously addressed the nation:

“God bless you all. This is your victory! It is the victory of the cause of freedom in every land. In all our long history we have never seen a greater day than this. Everyone, man or woman, has done their best. Everyone has tried. Neither the long years, nor the dangers, nor the fierce attacks of the enemy, have in any way weakened the independent resolve of the British nation. God bless you all…”

The people of Belfast marked the day with street parties, church services, parades, bunting and a huge crowd thronged the streets around City Hall. 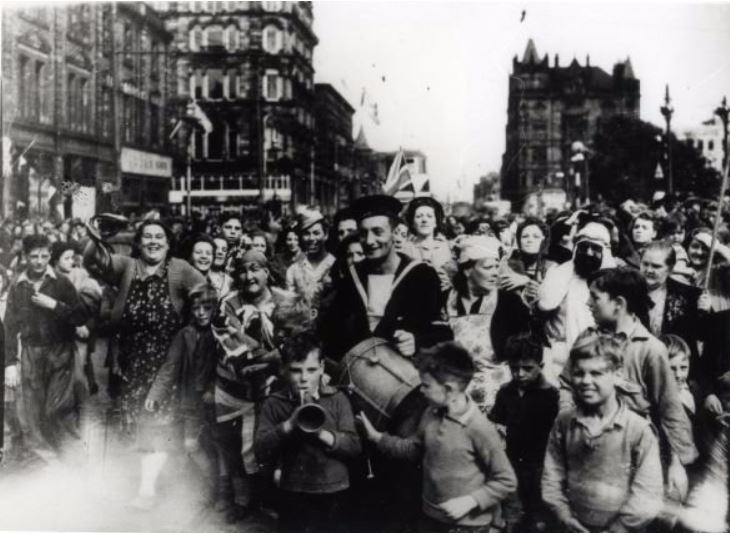 In Lisburn news of the surrender and the impending ‘VE Day’ celebrations had been announced over loudspeaker in Market Square, and spread quickly through the town.  The streets were full until the ‘wee hours’ of the morning, and the Lisburn Standard reported that Belgian soldiers, stationed in the town, marched singing ‘It’s a Long Way to Tipperary’ and a bonfire was lit in Seymour Street.

The next morning – VE Day – the town was ‘beflagged from end to end’ and patriotic colours flooded windows, while the night was illuminated by fairy lights and floodlights on local businesses.  More than one effigy of Hitler was burned.  Formalities on the day were concentrated in Market Square, where speeches by His Majesty The King and Winston Churchill were played aloud, and accompanied by the Annahilt Brass Band and Lisburn Silver Band. In the afternoon a religious service was also held.

‘VE Day’, one reporter noted, was an occasion ‘to which all had looked forward to for so very long’, and  street parties were held all over the town; the ‘habitual reserve’ of the people of Lisburn was temporarily replaced with dancing and singing. 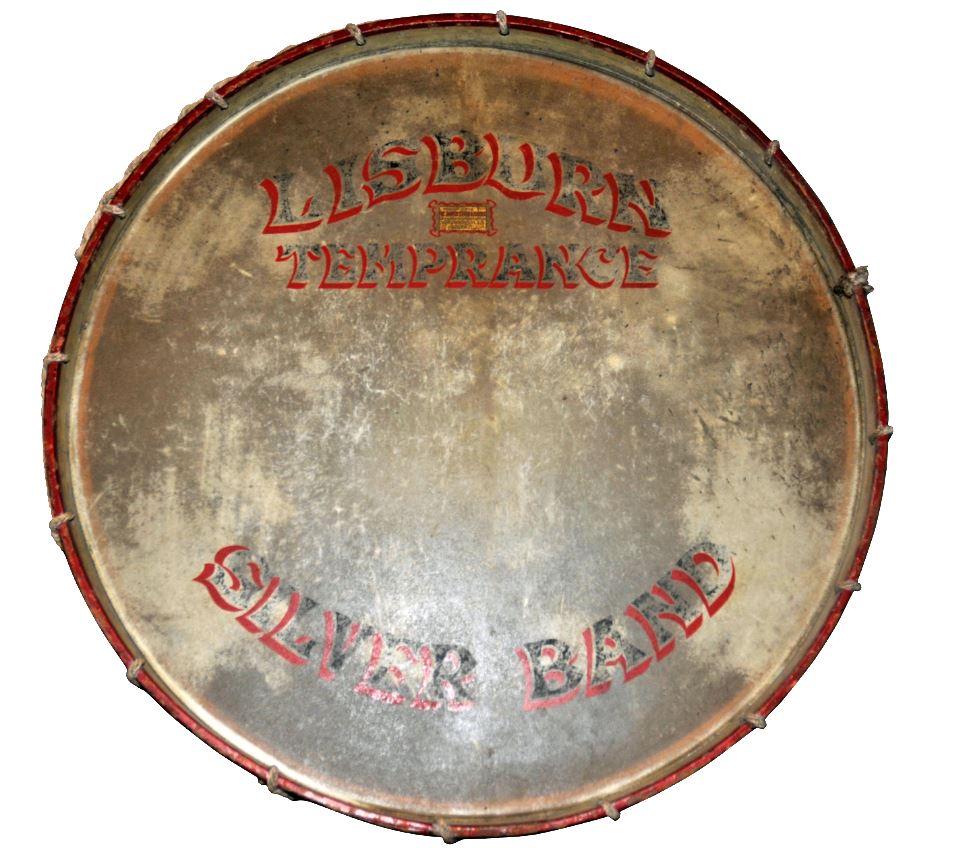 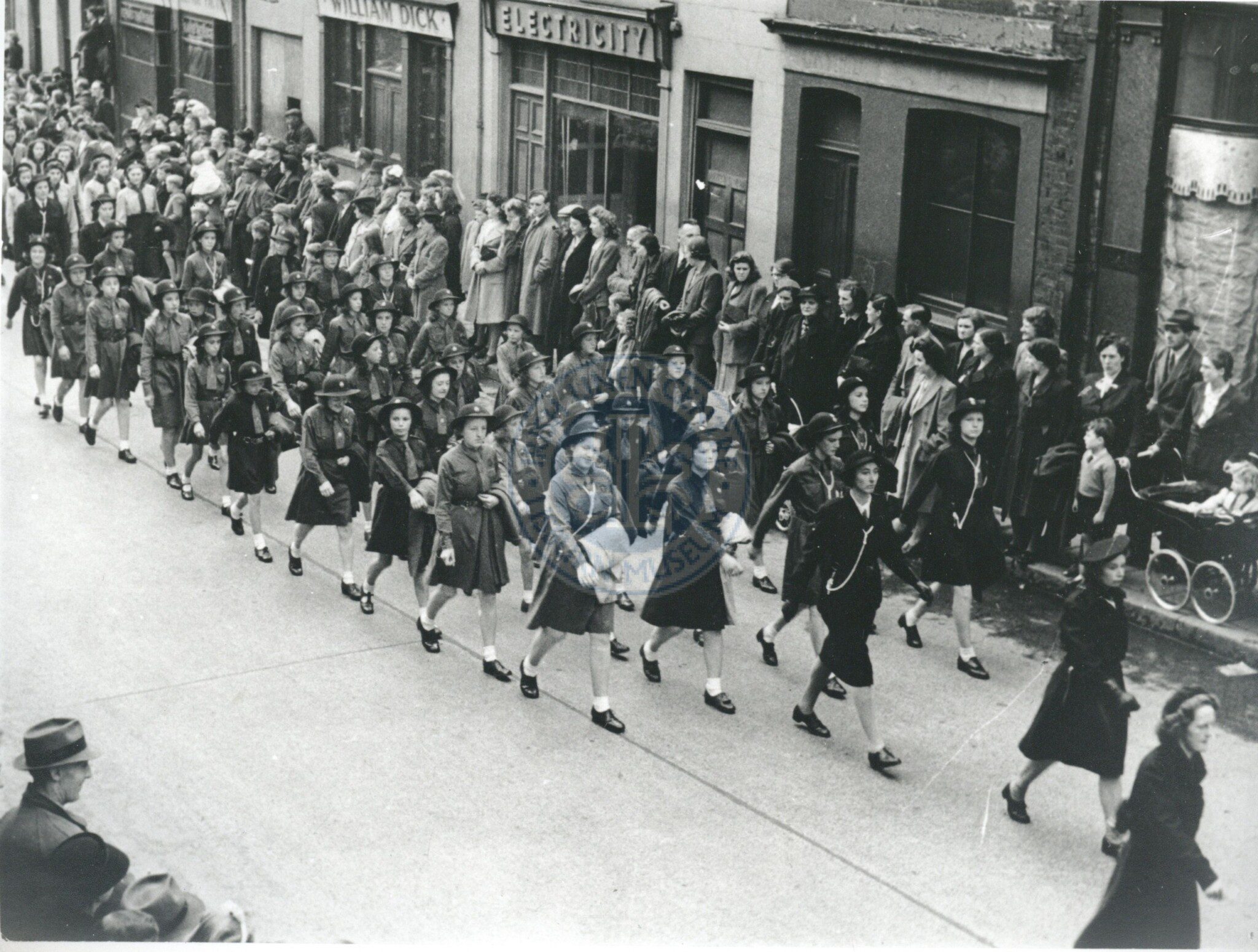 At their monthly meeting the Lisburn Urban District Council paid tribute to the men of the Civil Defence and the women of the W.V.S. for their hard work during the war.  A Service of Thanksgiving was held on the Sunday following VE Day. 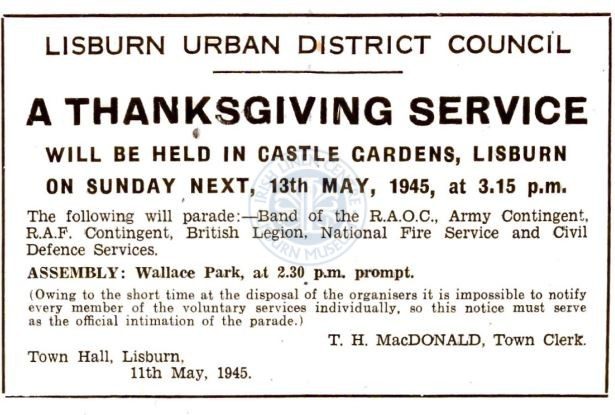 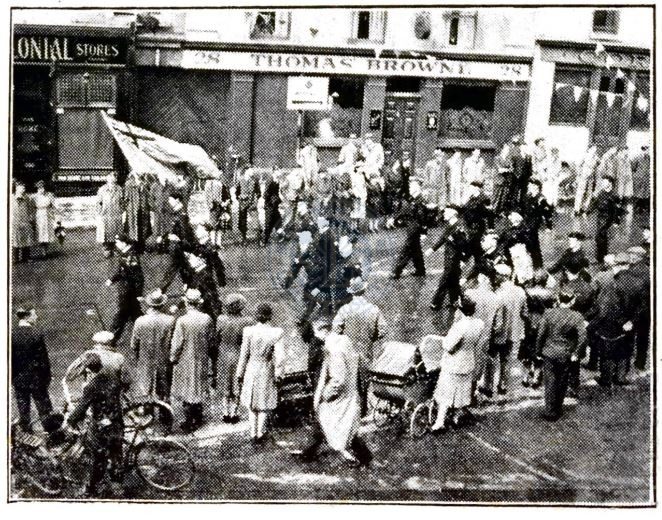 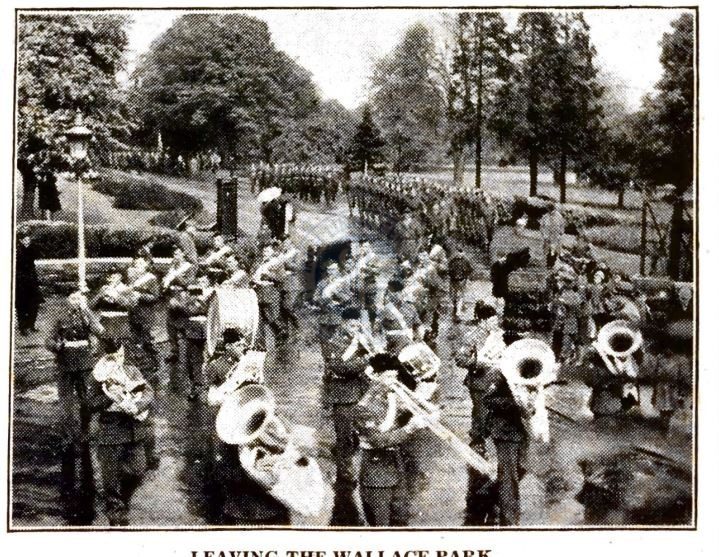