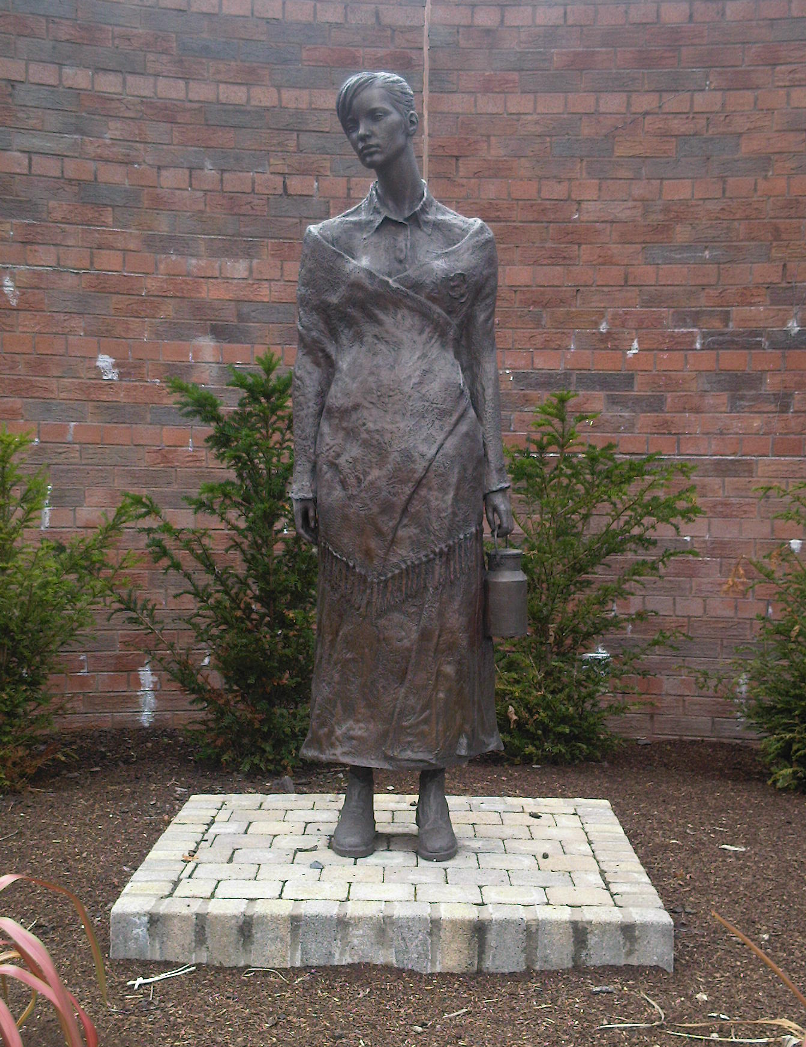 This bronze statue by Ross Wilson was erected in 2010 close to the former site of Ewarts’ Mill on the Crumlin Road, Belfast.  The statue pays tribute to Belfast’s female linen mill workers.  Over 70% of the workforce in the linen trade towards the end of the 19th century were women.  Many toiled daily for little pay in the spinning rooms of Belfast’s numerous mills and factories. Below, you can hear a poem composed by Robert Wilson, and featured in the Zion Writers’ Group Linen Pose & Poetry Anthology.

Millie by Robert Wilson, a collaboration between Lisburn Museum and the Zion Writers’ Group