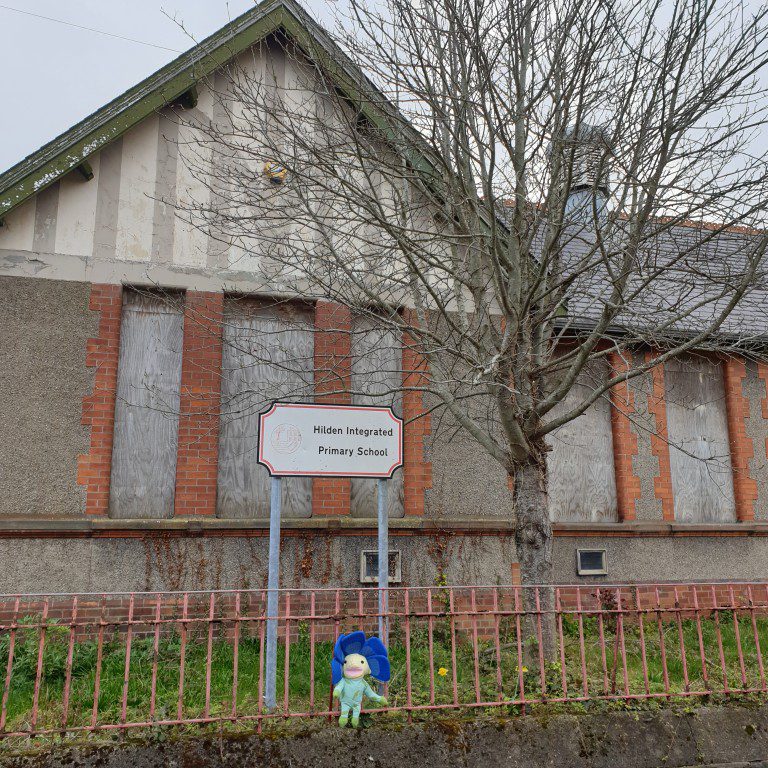 The former Hilden Primary School building dates from 1913 and was designed by William John Fennell who was responsible for the Water Commissioner’s Office, Royal Avenue, Belfast.

Hilden National School was established by the Barbour family and allowed children at the nearby mill – many who worked half time – to attend lessons close to their work and family. Hilden School is well-known as one of the first integrated schools, long before ‘integrated’ became a term. The school closed in 2008, and is currently undergoing re-development.