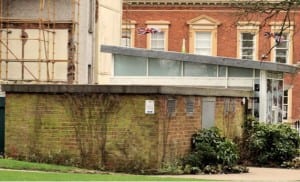 World War II is not just a topic on the Primary School Curriculum, but also a way to connect to the generations who came before us.  At Lisburn Museum the topic of World War II is broken down into three themes, one of the themes is THE HOME FRONT.

Did you know that in Lisburn there were six air raid shelters built during the war?

These shelters had double thickness brick walls and a solid concrete roof.  There were very small windows high up from the ground and there was no light inside them.

People lived in fear of hearing an air raid siren sounding and having to rush to one of these shelters.  They would be safe from any flying masonry inside the shelters if bombs were dropped.

The last remaining shelter is in Castle Gardens, if you visit Lisburn be certain to investigate it and see how small and foreboding it looks.

The government introduced National Registration Identity Cards in World War II. Everyone had to carry their identity card at all times at all times. The identity card gave the owner’s name and address and could be checked by the Home Guard if they stopped you.

These identity cards belonged to two sisters and were valid as forms of identity until 1959. 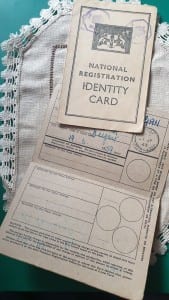 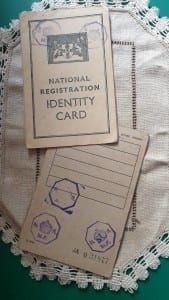 You can can investigate some of THE HOME FRONT theme from our World War II workshop by downloading our FREE taster booklet here.

Download it, print it, try it and send your warning poster drawing to: ilc.reception@lisburncastlereagh.gov.uk 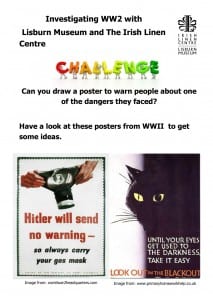