Did you know that before Lisburn became famous for Irish Linen, the knowledge of spinning, weaving and dyeing had to travel from Ancient Egypt and across Europe to reach Ireand?  Great empires like the Phoenician Empire, Greek Empire and Roman Empire spread the knowledge.  By the Middle Ages the finest quality linen cloth was produced in Northern France.

The rise of the Irish Linen Industry can be seen in the seventeenth century with encouragement from the English Government.  William III (reigned 1688 – 1702) appointed Louis Crommelin as overseer to the Royal Linen Manufacture of Ireland.  With a group of Huguenot artisans Crommelin established weaving premises at Lisburn.  Crommelin’s Royal patronage and his dedication to quality workmanship led to his identification as being the founding father of the Irish Linen Industry.  You can visit his family grave in Lisburn Cathedral.

The Museum keeps the tradition of handloom weaving alive in our Weaving Workshop.

Find out how to create your own loom and use WARP and WEFT threads to weave.

Download the FREE yarn weaving tutorial here and get started! 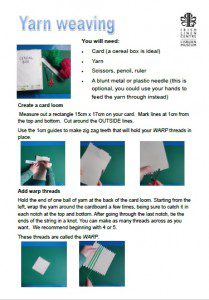 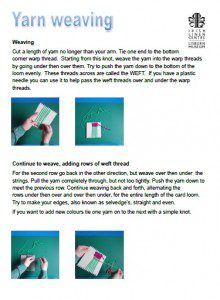 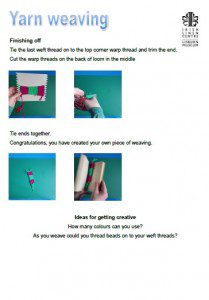