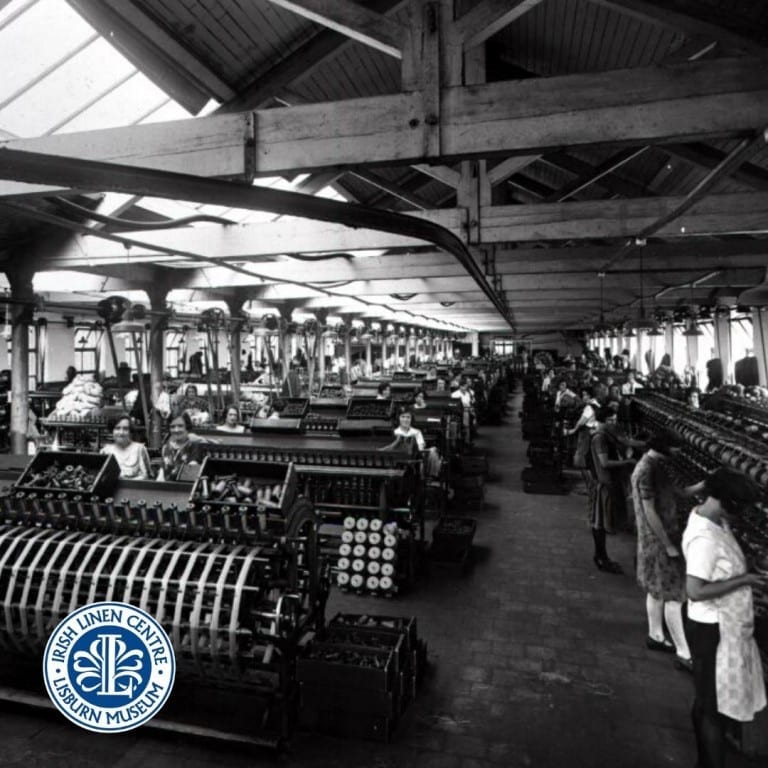 By the end of the 19th century, William Barbour’s mill at Hilden was considered the largest linen-thread manufacturer in the world. In 1898 the Irish, Scottish and American Barbour companies were merged into the Linen Thread Co, Ltd. When war broke out in 1914, around 2000 people were employed at the Hilden Mill and with their help the mill produced linen thread that was used to stitch war-time parachutes, uniforms, boots and knapsacks.

This photograph shows the reeling and winding room at the mill, where linen yarn is wound and then reeled into hanks.

Did you or a relative work at the mill? Let us know!